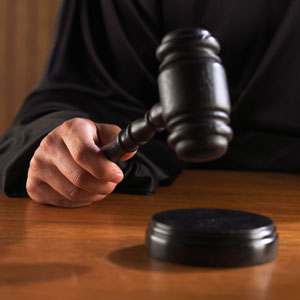 A new poll was conducted to gauge whether or not Americans would favor the legalization of online gaming in the United States. Results show at least two-thirds of men and women from different demographics favor the move.

According to a new opinion poll, two out of three Americans would like to see online poker legalized in the United States. The poll was conducted through telephone over a four-day period last month by polling firm Princeton Survey Research Associates International of Princeton, New Jersey for the libertarian website Reason.com. A total of 1,011 adults were interviewed—half by cell phone and half by traditional landline telephone. The margin of error for the poll was +/- 3.7 percent the firm said, meaning response percentages to poll questions could actually be as much as 3.7 percent higher or lower than reported.

Breaking Down the Results

The poll also showed that money and education affect views on the issue. The more those responders had of either, the more likely they were to favor legalization. 41 percent of those who identified themselves as low-income citizens favored legalization of Internet poker, while 66 percent of respondents who identified themselves as high-income favored it. Of the poll respondents who did not attend college, 41 percent favored legalization, while 78 percent of those who attended college favored it.

Potential for Legalization in the US

Currently, only Nevada, Delaware and New Jersey have legalized online poker in the United States. Activity is available only within those states and only to gamblers who are physically present in them. Several other states–including California, Pennsylvania, Iowa and North Dakota–have state legislatures that are considering legalization, with California being seen as the next one to pull the trigger. On the Federal level, U.S. Congress has several pending bills that would legalize online poker nationally, but those bills appear to be going nowhere. So is it a State or Federal issue? The U.S. Constitution specifically spells out the regulatory powers of the Federal government, noting that anything not mentioned will be left to the individual states. Since gambling is not mentioned in the Constitution, it has historically been interpreted to mean states, not the Federal government, have the authority to regulate gambling, as is done with casinos.

The Wall Street Journal reports that if online gaming is fully legalized by 2020, it will generate the same amount of revenue as Las Vegas and Atlantic City combined: $9.3 billion. While online gaming can be made legal at the state level, Congress is considering several bills to legalize it nationwide. The latest Reason-Rupe poll finds that a solid majority (65 percent) of Americans favor legalizing online gaming, while 32 percent think the government should prohibit people from gambling in online poker games.

The nationwide telephone poll was conducted on Dec 4-8 2013 and interviewed adults on both mobile (506) and landline (505) phones. Princeton Survey Research Associates International executed the nationwide Reason-Rupe survey. Columns may not add up to 100 percent due to rounding. Full poll results, detailed tables, and methodology can be found here. Sign up for notifications of new releases of the Reason-Rupe poll here.