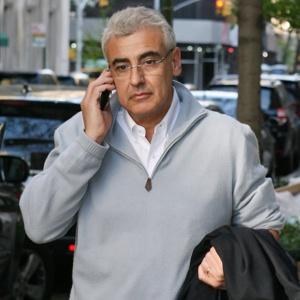 One of the two new owners of the NBA’s Milwaukee Bucks – Marc Lasry – is the CEO to one of the two companies that founded the All American Poker Network. (Image: thenypost.com)

For many years, professional sports franchises in the United States have tried to keep a wide separation between themselves and the world of gambling and online gaming. While many teams have poker fundraisers at local casinos, like the NHL’s Los Angeles Kings and Anaheim Ducks, most sports leagues have frowned on owners that have ties to casinos.

That’s not to say that some owners, like the late Dr. Jerry Buss of the Los Angeles Lakers, can’t be tied to poker as their favorite hobby. A shift in the mentality of sports leagues might be changing however, as it has been discovered that one of the two new owners of the NBA’s Milwaukee Bucks has professional ties to online poker.

Marc Lasry, who has been approved to purchase the Milwaukee Bucks of the National Basketball Association (NBA) has ties to online poker. Lasry is the chairman and chief executive officer, as well as the co-founder, of Avenue Capital Group, which is an investment group specializing in bank loans, trade claims, and investment in undervalued securities. The organization, more relevant to poker, is a member of the group along with 888 Holdings that founded the All American Poker Network (AAPN) in the United States.

The All American Poker Network has the bragging rights to claim that it was the first online poker network operating in the United States legally under current governance. While the AAPN has not launched a poker site in Nevada, it is operating currently in New Jersey. Currently the AAPN is ranking third out of the three licensed operators in the Garden State, with an average of just 85 cash game players at its tables.

It was previously reported by The New York Post that Lasry declined an appointment to become the ambassador to France due to alleged  third-party ties to a mob-run poker ring in New York. Poker aficionados might remember the story, as Vadim Trincher was named leader of the supposed ring, while notable players Peter “Nordberg” Feldman, Bill Edler, and Justin “BoostedJ” Smith were also involved. The New York Post also stated that Lasry had ties to Trincher’s son, who was also named in the incident. While Lasry might only be guilty of occasionally keeping company with individuals that found themselves in hot water with the law, he has stated that he loves playing poker and has played the game since he was in college.

The New Owners in Town

Just a few weeks ago, the Bucks were sold by former United States Senator Herb Kohl who owned the team for 29 fruitless years. During Kohl’s tenure as owner, the team failed to make a finals appearance, much less win a championship. The team has had an overall losing record during his tenure as owner and found itself repeatedly in the bottom of the standings. To make matters worse, Kohl failed to bring the arena the Bucks play in up to modern standards, leaving the team’s lease in jeopardy with rumors running rampant that the team could leave town prior to the sale.

Now, new owners Wesley Edens and Marc Lasry hope to turn those fortunes around in Milwaukee. The team was sold to the pair of Wall Street financial executives for $550 million. Locals are excited about the new ownership, who have already promised to pour $100 million of their own money towards a new arena. Outgoing ownership has also pledged to gift another $100 million to assist in the efforts to build a new facility.

It has been reported on various sports media outlets that the NBA has the right to buy back the Bucks if a new arena is not in place by November, 2017. With $200 million already pledged, it is estimated that a new arena would cost in excess of $400 million, meaning city taxpayers would have to foot the rest of the bill, and making it no guarantee the new arena deal will get done. What the stipulation means for new ownership is that the NBA controls whether or not the Bucks stay in Milwaukee.

For now, it appears that the NBA, and perhaps other sports leagues in the United States, are much more comfortable with ties to online gaming and poker than ever before.

Maybe it might help change things but i doubt it. Unless the government figures out how to rape our winnings. Like everything else.