A proposed law, Assembly Bill 86, could change the legal gambling age in Nevada to 18 years old. And it could have an impact on brick-and-mortar poker rooms statewide. Assemblyman Jim Wheeler (R-Minden) sponsors the new measure. It was one of 200 bills considered on Monday’s legislative season-opening day. 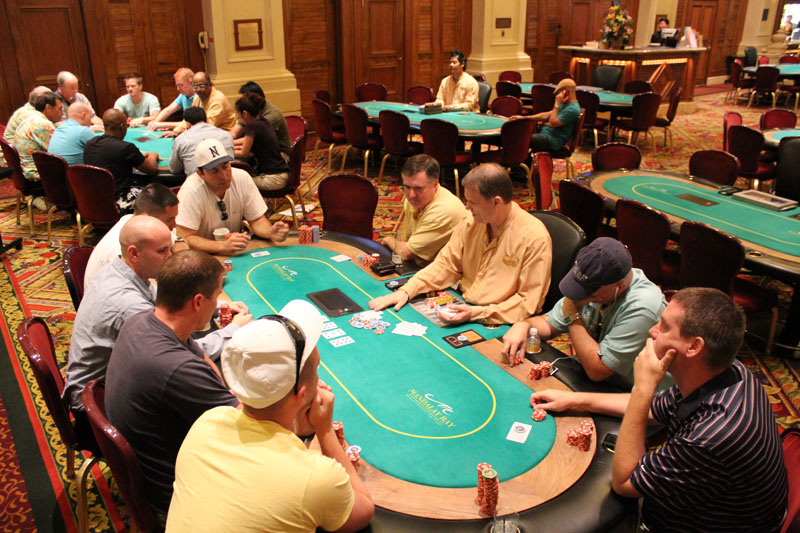 Should the legal gambling age in Nevada drop to 18, it could boost business at the state’s casinos and poker rooms, like this one at Mandalay Bay in Las Vegas.  AB 86 is the bill taking on this hotbed issue. (Image: pokertips.org)

The current gambling age in the Silver State is 21, the same as in most US states. But there are some states that allow 18-year-olds to enter casinos. And in Canada, the gambling age is 18 or 19, depending on the province.

Gambling fuels the state’s economy, especially in Las Vegas and Reno, where a slot machine is never more than a few blocks away. But gambling revenues didn’t increase much in 2016 (1.3-percent growth from 2015), and remain well below 2007 figures. Allowing an 18-year-old to legally gamble could lead to growth for the industry, including in poker rooms.

AB 86 would change the penalty for underage gambling from a misdemeanor to a “delinquent act.” Those under 18 are considered minors and would have their cases heard by a juvenile court. Casino operators could be charged with a misdemeanor for allowing underage patrons to gamble.

AB 86 will have a hard time passing if lawmakers can’t figure out a solution to the 21-year old drinking age. If the casinos can legally allow 18-year-old customers to gamble, how will cocktail servers know who can and cannot have a drink without asking for identification?

At every casino, alcohol is offered to players. In poker rooms in Nevada, cocktail waitresses pass out free drinks to active players, including in card rooms. A player can order a non-alcoholic beverage, but it may become a nuisance if servers are required to card those who appear underage. Asking everyone who orders a drink for ID could slow down the game.

In Las Vegas, there are numerous bars that have video poker machines. Customers are given a free drink while playing. The bill doesn’t specify the impact the potential gambling age change could have on these businesses.

Would an 18-year-old be legally allowed to play video poker in a bar so long as an alcoholic beverage isn’t consumed? Or, would bars as these be forced to continue refusing service to minors, even those who are of the legal gambling age? The proposed bill only addresses consequences for underage drinking, not for entering and gambling in a bar.

But Would It Be Good for Poker?

Depending when (or if) this bill passes, it could mean a substantial increase in participants at the World Series of Poker in June and July. Las Vegas hosts the series each summer. Poker room revenues skyrocket across the board in Sin City casinos during these months, but could reach even higher levels with the 18-20 demographic included.

AB 86 was introduced for the first time on January 27. Future hearings to discuss the legislation haven’t been determined.

Why won’t these States lower the Drinking Age already.