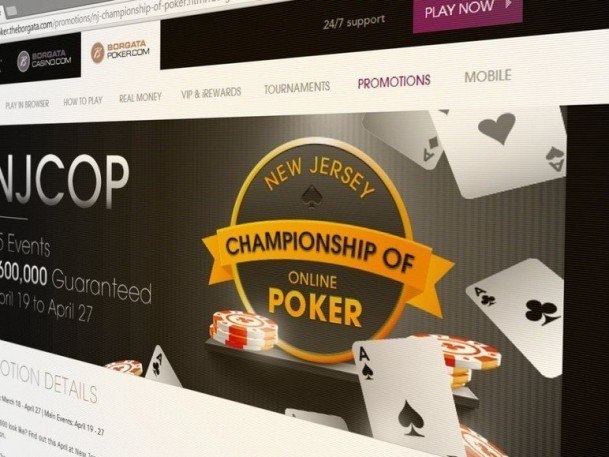 The New Jersey online poker market is at a low ebb. According to figures released this week by the New Jersey Division of Gaming Enforcement (DGE), in June the state raked in its lowest revenues since regulation began in November 2013: $1.83 million. That’s down from a January 2014 all-time high of $3.44 million.

While a seasonal dip is expected as we enter the summer months, it’s concerning that last month’s figures represent a 10 percent fall over June of last year, with revenues declining each month since the beginning of 2015, except from February to March when they held steady.

Party/Borgata continues to lead the pack in both verticals, with a 29.6 percent share of the New Jersey online gaming market. Caesar’s Interactive, which operates WSOP.com, moved back up to second place overall with a 22.6 percent share, while Tropicana, which only offers casino games, fell back into third, having briefly displaced Caesars last month.

Curiously, while industry number-cruncher Poker Scout now lists the WSOP.com and 888’s player pool sharing experiment as producing the highest cash game traffic, this has not translated into revenue. In June, WSOP.com/888 still lagged behind Party/Borgata, with $884,669 and $905,707, respectively.

The currently poor online poker results from New Jersey only increase the anticipation of PokerStars’ entrance to the market. The gaming giant’s arrival will bring with it huge marketing spend, which promises to invigorate the market by increasing consumer awareness.

While the PokerStars brand awaits the greenlight from New Jersey regulators, its parent, Amaya Inc., is negotiating a deal which could see it acquiring all of bwin.party’s poker assets, including its New Jersey operations.

PokerStars’ arrival would also have the effect of emboldening other operators to launch online poker in New Jersey, as Pala Interactive chief Jim Ryan explained to CalvinAyre.com last week. Ryan said that Pala, which currently operates just an online casino, would follow PokerStars into the market with a poker offering, adding that he was upbeat for the potential for industry growth in New Jersey.

“We’re brand new. We’re in the market four, five months and everything is new to us,” said Ryan. “We will offer poker in the New Jersey market but we’ll do it after PokerStars launches. PokerStars is taking the position that they’ll come into the market, they’ll increase consumer awareness and the market will grow. We can only hope that’s accurate and that it will be good for all of us.”

“One would have to expect that there were going to be some growing pains. What we have is a market that is regulated, it works, it is the gold standard for US markets that are considering regulating, and it’s showing signs of growth,” he added.

I really wish that we would see something passed Federally to allow online poker. I am sure that these sites would be more successful with a larger player base.