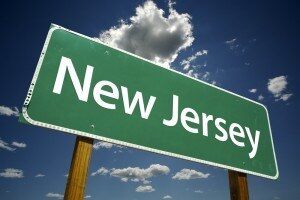 Welcome to New Jersey! The state desperately needs to open its borders to interstate and international liquidity sharing, or online poker may fail in the US. (Image: fromthetrenchesworldreport.com)

Online casino revenues are leaving online poker in the dust in New Jersey, as highlighted by a new report from gaming research group GamblingCompliance this week.

The report, entitled US Internet Gambling In Focus: 2014 and 2015, starkly illustrates the growth disparity between casino, which has seen monthly revenue rise by 93 percent since launch of operations, and poker, which has declined by 29 percent during the same period.

These figures could be damaging for the future of interstate online poker legalization in the US, as they weigh heavily on the decisions of states currently debating whether to go poker-only.

Certain states, such as California, New York and Pennsylvania, are looking at this option, and the poor results in New Jersey are likely to have an impact on these efforts.

“In 2015, we expect the significant growth disparity between New Jersey Internet casino win and Internet poker win to be a key talking point in states that are weighing whether to legalize Internet poker, only,” said the Gambling Compliance Report.

Ironically, California, New York and Pennsylvania together account for roughly 22 percent of the US population, which would be enough to create a healthy online poker ecology, should the concept of interstate player pool sharing become a reality, as is expected. However, California is the only state with a population that could be big enough to create a healthy player ecology by itself.

Previous drafts of online poker bills in California have been resistant to the idea of liquidity sharing, and it remains to be seen whether this year’s legislative efforts will ultimately result in a positive attitude to the opening of its borders.

Things are looking positive on that front, though: Gatto and Jones-Sawyer have removed language expressly prohibiting pool sharing, while the new Hall-Gray bill has yet to make up its mind.

The bottom line is that California (possibly) does not need the cooperation of other states, yet other states desperately need California.

Should California choose to legalize online poker in 2015 and share liquidity, other states will be compelled to follow, creating the potential for a strong US interstate market. But that remains a big “if.”

Much, also, depends on whether PokerStars will be permitted to join a post-regulation landscape in California, as it is expected to do in New Jersey next month.

PokerStars’ marketing bucks could be just what New Jersey needs to reinvigorate its online poker market. Its entry into New Jersey and California, meanwhile, could facilitate interstate and, eventually, international pool-sharing.

Meanwhile, the draw of the PokerStars brand, and the promise of better liquidity and bigger prize pools, could be enough to draw US players away from the offshore markets, which have damaged the growth of the newly regulated markets.

Online poker may not be the rip-roaring success in New Jersey that the politicians touted pre-regulation, but it needs liquidity to thrive. Hopefully states currently weighing the benefits of that venture can see the bigger picture.

Did anyone realistically expect poker to mimic the profit margins of casino games? Even in B+M poker rooms the casino is sometimes taking a loss or just the smallest margin on keeping the room open, it can be seen as almost a favor to the poker community, but really it’s just there for some variety to get a more loyal customer base for the rest of the immensely profitable casino games. Casinos aren’t making much on poker-exclusive gamblers. Online poker is able to rise above that mini-margin by leaving out the physical property and employee overheads, being able to deal thousands of raked hands without any extra effort over just dealing a few. But while online poker is more profitable than live poker from the establishment’s perspective, it is still a drop in the bucket compared with online slots. The profitability of online poker goes up tremendously when the same program is able to be dealing Blackjack, spinning a Roulette wheel, and spinning virtual slots, allowing the winners to take there winnings to the poker tables and play for fun. Fiscal policy cannot be drawn on how one game is profiting or losing, it has to be looked at from the point of view of the casino as a whole, and until we can look at it that way online poker will continue to be maligned in the press and the legislative halls.

damn you jersey, first you bring us Pauly D, and now this? tsk tsk