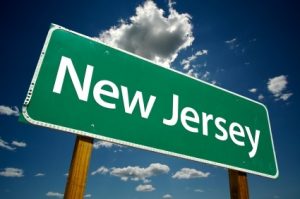 New Jersey’s online poker revenue took a tumble in May, with figures falling to their lowest since November 2014, and the second-lowest since the market opened up.

A seasonal dip was fully expected as the weather improved and the holiday season began, and this was reflected in a 2.9 percent fall from April, but the 15.2 percent drop, year on year, tells a more alarming story: that the New Jersey online poker industry is in serious decline and desperately needs improved player liquidity.

PokerStars’ anticipated entrance into the market, which has been delayed and delayed due to unspecified regulatory hurdles, can’t come soon enough.

New Jersey’s online poker industry has suffered from a dearth of adequate marketing and PokerStars’ marketing spend could invigorate the industry.

As hinted by Senator Raymond Lesniak in late 2014, the advent of the online poker giant could also herald a new era in liquidity sharing, not just interstate but international, claims Lesniak, although he has not since elaborated on this statement.

What PokerStars would almost certainly bring to New Jersey is the so-called “lottery sit and go” format, which has proved so popular among recreational players elsewhere.

As Pokerfuse pointed out this week, the only way New Jersey residents can currently participate in a lottery sit and go is via the unlicensed (in New Jersey) Winning Poker Network.

If the New Jersey market is to prosper, it must lure players away from the offshore, unregulated markets, and the brand pull alone of PokerStars could be enough to achieve this.

Party Borgata managed to keep its head above water despite the decline, dipping just 2 percent compared to April, but the WSOP/888 network’s figures were a concern, hitting an all-time low of $831,799. This, despite an initially successful liquidity sharing agreement back in January.

The decision between WSOP.com and 888Poker to share player pools across the vast majority of their cash games and sit and gos and some tournaments allowed both sites temporarily to leapfrog Party / Borgata at the top. That month, the network reported a record haul of $1,515,141.

Meanwhile, Delaware’s pool-sharing experiment has also taken a hit. The state experienced its first monthly revenue decrease since the establishment of its historic liquidity sharing pact with Nevada in March.

Total revenue from May was just $39,245, representing a 19 percent drop from April’s $48,552. Of the state’s three online poker operators, the least successful, Harrington Raceway, actually recorded an increase of 14.6 per cent on the previous month.

The increased liquidity brought to Nevada by the WSOP will likely have a beneficial effect on Delaware’s June numbers, but this remains a temporary solution.

Does New Jersey have that silly geolocation regulation? If so then online poker in New Jersey will die a slow death the same as Ultimate Poker did in Nevada. It is only hardcore pros who are willing to jump through all the hoops of the overregulated poker market to play poker online. The recreational player won’t want to go through all that trouble. Liquidity will suffer and poker will die. The police state that is the USA needs to get their head out of their asses and let the people be free again.

I agree with you, up until your statement about the USA being a police state and letting people be free again. I don’t think regulations = police state. I’d say Howard Lederer has done more to harm poker than governmental regulation ever did. Have you forgotten the good old days of FTP, AP, UB, …etc. Really, just about every mainstream online poker room defrauding its customers, withholding funds, sending bad checks, …etc. Poker pros not giving a shit as long as they get theirs. It was all a big giant ponzi scheme. Is that the wild west you want to live in?