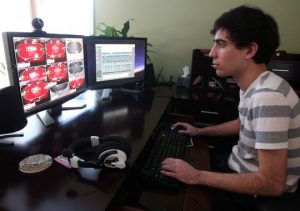 The Garden State has been one of the states leading the charge for Internet gambling and online poker in the United States. Online revenues to date – while not meeting the massive expectations of some state legislators, including Governor Chris Christie – have nonetheless been strong and added to the state’s income stream. But those numbers could soon be looking up, as according to a poll released by the Lloyd D. Levenson Institute of Gaming, experts are expecting the number of players that gamble and play poker on Atlantic City casino websites to triple in 2014.

Reactions Mixed to Revenues to Date

The news from New Jersey has been mixed. Proponents are pointing to the fact that there have been almost 200,000 accounts created so far, with monthly revenues from Internet gaming totaling $9.5 million in January, a 28 percent increase from December 2013. Antagonists are pointing to the massive expectations before the endeavor was launched and how revenues aren’t measuring up. Regardless, New Jersey is one of the few states in the U.S. taking advantage of this new income source.

Senator Raymond Lesniak (D-Elizabeth) recently introduced a new bill that would open up New Jersey’s sites to other states and to the worldwide gaming market, estimated to be approximately $33 billion.

Due to the lucrative nature of New Jersey’s untapped online poker and general Internet casino market, players are looking to relocate so that they can enjoy legal, licensed poker rooms and other online gambling opportunities. This is creating an interesting dynamic, where the “illegal” sites are being pushed out in favor of licensed sites, even though the benefits of the legal sites are still technically less than the others.

Vice president of player relations for the Poker Players Alliance (PPA) Rich Muny went on the record by saying in a recent media interview that “in regulated jurisdictions like New Jersey, we are seeing players flock to licensed sites, pushing unlicensed offshore sites out of the market. We’re seeing the free market drive compliance.”

The number of New Jersey players, according to this poll, is expected to triple in 2014. As the law currently stands, only players located inside New Jersey state borders are allowed to play on the licensed sites. If that tripling and interstate and global compacts were to occur – given the current level of growth – New Jersey could be looking at in excess of a quarter-billion dollars of tax revenue in 2014. That also doesn’t take into consideration the new jobs being created, as many online casino operators have opened up offices, as have related companies, such as payment processors and geolocation service companies.

According to Senator Lesniak, the new bill for New Jersey online gaming would allow the state to enter into agreements with other states that allow their residents to play on New Jersey sites. It would also allow the state to enter into international agreements with other countries so their residents could also play on New Jersey-powered sites. Since nine other states are considering legalization of online gambling – or at least online poker –  the bill seems to make sense for New Jersey gaming. The third component of the bill requires payment processors to be licensed by the state, to give banks confidence that there is no credit card fraud taking place. Some credit card companies have continued to block even legal online transactions, still unsure how to interpret federal versus state mandates that have been left somewhat murky following the Department of Justice’s reinterpretation of the1961 Wire Act in 2011.