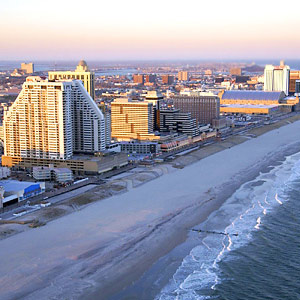 New Jersey is currently taking the steps towards expanding their online gambling business to allow international players, a process which may be tricky to navigate but could dramatically increase the state’s revenue.

New Jersey is one of only three states in the U.S that has legalized online gambling within its borders. And now it seems as if they are taking the first step towards allowing residents of other countries to also gamble online. Under a bill introduced into the New Jersey state legislature by State Senator Raymond Lesniak, casino companies will be able to apply for a license to offer international wagering to foreign jurisdictions where Internet gambling is legal. The first line of the bill explains that the proposed legislation “authorizes licensing of operators to provide restricted foreign Internet wagering to foreign patrons under certain circumstances.”

Lesniak, a liberal Democrat from Union who is a great supporter of New Jersey’s casino industry, was the driving force behind legislation that made online gambling legal last year for Garden State residents. Now he wants to expand that opportunity to residents of other countries, but with several caveats. Any company licensed by the state will have to actually have computer servers located in Atlantic City. They would also have to keep detailed records about customers’ gambling activities online, including time spent, games played and amounts gambled, won and lost. According to the bill, casino games that will be allowed are limited to roulette, baccarat, blackjack, craps, big six wheel, slot machines, mini-baccarat, red dog, pai gow, and sic bo. Noticeably absent from the list are bingo, keno and sports betting.

“This could make New Jersey the leader in online gaming,” Lesniak said. “We are well-positioned to take advantage of a dynamic opportunity to be at the hub of a new business sector with the potential for economic growth and job creation. We offer the stability and security of a regulated marketplace, we have an educated workforce and a high-tech infrastructure. New Jersey could be a global destination for Internet gaming.”

Companies seeking international wagering licenses from the state will be vetted by the New Jersey Division of Gaming Enforcement (NJDGE), the state regulatory body which oversees the state’s approximately one dozen casinos that are based in Atlantic City, the only municipality in the state allowing land-based casinos. The NJDGE will also make the final decision on which companies receive licenses.

Licensees, according to the bill, “must comply with tax laws and regulations applicable to each jurisdiction in which they provide restricted foreign Internet wagering services–failure to comply with these obligations shall lead to immediate suspension or revocation of a restricted foreign Internet wagering license, at the discretion of the Division of Gaming Enforcement.” If the bill becomes law, it could be a boon to the Garden State’s overall economy. One consulting firm estimated that as much as $7 billion a year could be realized by the state from international online gambling.

Also noticeably missing from the article is POKER.

It is most likely included with gambling.