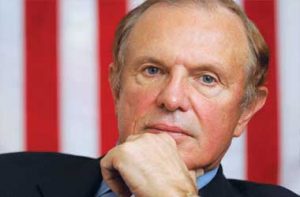 New Jersey officials have launched the most scathing attack yet on the Adelson-backed bill to ban online gaming, labeling it a threat to states’ rights and cautioning that it will stifle innovation and economic growth.

A group of state legislators that included Assembly Speaker Vincent Prieto, Senate President Steve Sweeney, Senate Majority Leader Lou Greenwald and Senator Raymond Lesniak, denounced the Restoration of America’s Wire Act at the state’s annual Chamber of Commerce trip to Washington DC, warning that the bill will be damaging for the states that already regulate online gambling, as well as state lotteries that sell tickets online.

Don’t Tread On Us

“New Jersey has taken aggressive and innovative steps to bring its casino industry into the 21st century, and is building on the success of those efforts,” Prieto argued.”Much like gaming at casinos throughout the country, this is clearly an issue best left for the states to decide and regulate. New Jersey’s program should be left to succeed on its own.”

The offending bill, which was introduced last month by Senator Lindsey Graham (R-SC)  and Representative Jason Chaffetz (R-UT), contests the Department of Justice’s clarification that the Interstate Wire Act of 1961 applies only to sportsbetting. The clarification should be overruled, it states, because it was a made without public consent. In practice, the bill calls for a blanket nationwide ban on all forms of online gambling.

“New Jersey policymakers took the initiative to modernize our gaming industry through online gaming,” said Greenwald.”Yet Congressional action threatens to destroy this innovative and fledgling effort before it has a chance to succeed on its own merits. This issue should be left to the states, who are best positioned to decide if and how online gaming should work in their communities, not by Washington.”

The ban would be disastrous for New Jersey, Nevada and Delaware, as well as lotteries in many states, and would be “trampling on these states’ rights and threatening individuals’ rights,” said the legislators. It would also drive customers towards illegal sites, which may not have the technological safeguards and the “common sense protections” that New Jersey has been working hard to implement, including those that prevent children from gambling online.

“It is disappointing that certain elements are working to dismantle New Jersey’s landmark internet gambling law,” said Sweeney. “New Jersey’s law was created over many years, with a focus on safety and security. We have quickly become a national leader in the world of Internet gambling, and we simply cannot afford to have all our hard work and effort undone by the whims of a few down in Washington.”

Lesniak, one of the major architects of New Jersey’s gambling legislation, said that the US government has “no place implementing an irresponsible, nationwide ban on online gaming, and they certainly have no place telling states like New Jersey that have already implemented successful programs to shut them down. Instead of a dangerous, overseas black market, consumers in the State of New Jersey have a safe place to go – a program that not only includes essential consumer protections, but also generates thousands of dollars in revenue.”