International poker players who win money in the US may have to hand over 30 percent of their prize money to the feds, if casinos can’t figure out a solution to a recent demand from the IRS. 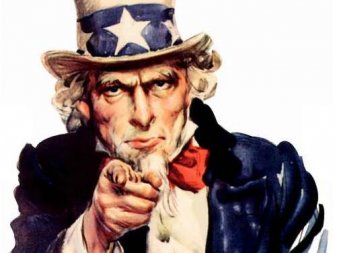 Up until now, poker players attending tournaments in the US, such as the World Series of Poker, have been able to avoid a federal tax of 30 percent levied on Americans on winnings over $5,000.

Although only applicable to players from certain countries, the current system allows players to collect 100 percent of their winnings over $5,000, if their nation has a tax treaty with the US.

In the past, casinos were able to facilitate this process by issuing an Individual Taxpayer Identification Number (ITIN) on behalf of the IRS. ITINs are issued to anyone required to have a taxpayer identification number, but who doesn’t have a Social Security Number (SSN).

For example, because the UK and US have a tax treaty, British players at the WSOP could be issued with an ITIN by the host casino (the Rio for WSOP) and collect 100 percent of their winnings. Moreover, because the UK doesn’t itself tax poker winnings, they wouldn’t be liable for any payments either in the US or across the pond.

Now this system appears to be in jeopardy. In a letter sent to at least one Las Vegas casino, the IRS has stated that no one can issue an ITIN but the IRS. Citing a decision by Congress and a clause in the PATH Act (a 2015 bill enacted to help safeguard against tax fraud), the IRS can effectively stopped casinos from self-issuing ITINS.

For international poker players, this could make a trip to a US poker tournament a lot less lucrative than it once was. For example, a $10,000 prize would be reduced to $7,000, because the player wouldn’t have an ITIN. Although they might be able to claim the deduction at a later date by filing some form of tax return, the process could potentially be extremely difficult.

When tax expert and poker player Russ Fox first outlined the situation, a number of poker players aired their concerns via Twitter. Fox explained in his recent blog post that it’s possible for someone to obtain an ITIN, but the process is neither quick nor simple. In fact, in some cases it might be virtually impossible.

Of course, if an international player can obtain an ITIN, then it would be business as usual. However, at this stage the WSOP has said this won’t be an issue. Commenting on Fox’s tweet, the WSOP said that it still has the power to issue ITINs and payouts won’t be affected at this year’s event.

So, no need for anyone from abroad to panic quite yet. According to Las Vegas casino managers contacted by Pokernews, the IRS dictum hasn’t changed their practices as of yet.

Wow that isnt right ,they dont pay part of your expenses there or buy in ,and there is far from no guarantee you win ,to tax them when they go through that all 30 percent is right terrible .