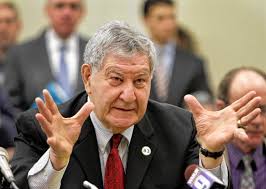 Funds are flowing into the coffers of New Hampshire’s charitable organizations, thanks to the recent loosening of a cap on the table stakes of its charity poker games.

Not everyone is happy, though; certain members of the state legislature are asking themselves whether HB 169, which liberalized betting limits and buy-ins on games-for-a-good-cause, has essentially legalized hard gambling right under their noses.

HB 169, which came into effect on July 1, increased the cap on cash games to $4 per bet and established a maximum buy-in of $150, but didn’t take into account that in a cash game you can lose a buy-in and simply reload.

As such, lawmakers are up in arms that the charity operators are permitting multiple buy-ins; not the bill’s intended effect.

One establishment, the New Hampshire Union Leader has discovered, allows for five reloads, enabling a player, albeit a horribly unlucky one, to burn through $750 in a night.

Into the Realms of “Real Gambling”

At a meeting of the Games of Chance Study Commission this week Representative Pat Abrami, R-Stratham demanded more regulation and complained that the changes had moved the games “out of the realm of charitable gaming into real gambling.”

Senator Lou D’Allesandro who has pushed for New Hampshire to legalize casino gambling for the past 16 years, to no avail, also complained that the situation was unregulated and that there was no uniformity in place among the ten licensed venues in state.

“It’s not unregulated. We’re on top of it,” replied Racing and Charitable Gaming Commission
Chairman Ted Connors, who also said that his organization would be forced to make changes when it meets on Monday.

Meanwhile, it’s a bonanza for the charities.

Ed Callahan, President of Rockingham Park racetrack in Salem, which hosts the games seven days a week, told the committee that local charities have seen revenues jump by 64 percent since July 1, while the state’s cut has increased by 44 percent.

Callahan said he thought that hundreds of the New Hampshirites, who would have traditionally made the trip across the border to get their poker kicks, to Foxwoods or Mohegan Sun in Connecticut, are now visiting the local venues instead, while many who would previously have played in home games are opting for the “safer” regulated rooms.

Despite the best efforts of Senator D’Allesandro, casino gaming remains illegal in New Hampshire, as do, theoretically at least, home games, although no one in the state has ever been prosecuted for holding penny ante games around the kitchen table.

But for those unwilling to leave the state to play poker, the 11 licensed rooms remain their only recourse.

Rick Newman, of the River Card Room in Milford, said cash games the Milford facility generated less than $2,000 in June, but $40,000 in July: “The charities got 35 percent, the state 10 percent and a lot more dealers have jobs,” he said.