Tom Brady and the New England Patriots will begin their Super Bowl title defense as heavy favorites as they host the Kansas City Chiefs in Foxborough on Thursday night, the first game of the 2017 NFL season. 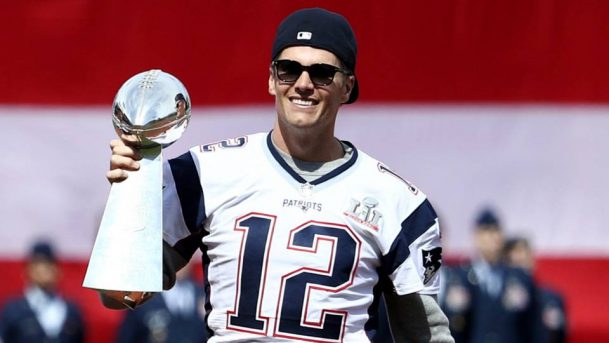 Tom Brady and the New England Patriots are poised to defend their Super Bowl title, opening the season against Kansas City as an eight-point favorite. (Image: sportingnews.com)

Kickoff is scheduled for 8:30 pm ET on NBC. It’s been a long seven months since the Patriots capped off the most improbable comeback in Super Bowl history, fighting back from a 28-3 3rd quarter deficit to defeat the Atlanta Falcons.

And, to answer Hank Williams Jr.’s question, yes, America is “ready for some football.”

And what better way for the season to kick off than with the defending champions in action. The Patriots opened as a seven-point favorite over the Chiefs, but that line has since shifted to -8 at most Las Vegas sportsbooks.

The shift means the bettors don’t have much confidence in Kansas City as most of the early action was on New England to cover. Sportsbooks adjust the point spread accordingly in hopes of getting near-equal action on both sides.

The Over-Under stands at 48 points. These teams averaged a combined 26 points per game last year.

But it’s a new season and Kansas City’s offense appears to be in shambles due to injury and regression, and Brady, 40, is a year older. So, an offensive decline isn’t out of the question from both squads.

Which Team Will Cover?

Looking to get some action on what will be one of the most heavily wagered NFL regular season games of the year but aren’t sure which side to take? No worries, football fan, here is a statistical breakdown comparing these teams.

Kansas City Against the Spread (ATS): 9-7

What the Experts Predict

Few experts project the Chiefs to win Thursday night. New England is the defending champs and still have future Pro Football Hall of Famer Tom Brady at quarterback and head coach Bill Belichick devising game plans. Since 2001, that has been a seemingly unstoppable combination.

But it’s only one game, and the first game at that, which means anything can happen. New England is tough to beat at home, going 33-6 in Foxborough over the past five seasons. The Chiefs are 21-19 on the road during that period.

Kansas City has some question marks they must answer heading into Thursday’s game in a tough environment. The team’s top rusher a year ago, Spencer Ware, is out for the season with an injury, leaving the Chiefs with a depleted backfield that could be problematic against a solid Patriots defense.

Alex Smith, the Chiefs returning starting quarterback, has been under fire for poor performance during the preseason. If he’s forced to make numerous big plays to carry the team on Thursday, it could be a long night for the road team. Smith, a long-time starter in this league, has never been the type to carry a team on his back. He isn’t Tom Brady.

New England, on the other hand, will be without the versatile and valuable receiver, Julian Edelman, for the entire season due to an injury. That could hurt the passing game, but Brady still has plenty of weapons to throw to, including stars Rob Gronkowski and Brandin Cooks.

The Patriots went just 1-3 during the preseason. But, don’t let that fool you. This team is as loaded as it has been the past 16 seasons. New England is a heavy favorite (+325) to win the Super Bowl, according to Oddsshark.com. Green Bay checks in as the second most likely title contender (+800). Kansas City stands at 25-1 to win it all.

But will the Patriots cover the eight-point spread on Thursday night? We’ll let you make that decision so we aren’t responsible for potential gambling losses. 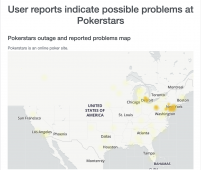