What does success mean to you? That was the question poker journalist Lance Bradley posed to dozens of the most accomplished poker players across the globe. The answers are as wide ranging and intriguing as poker world itself. 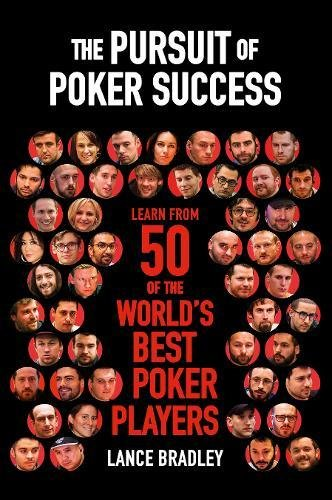 What do poker pros who win consistently have in common? Lance Bradley knows, and he shares their stories in his new book, “The Pursuit of Poker Success.” (Image: D&B Poker)

“I wanted to confirm my suspicion that there is no answer, that everybody is going to define it differently,” says the author of the soon-to-be-released book, The Pursuit of Poker Success: Learn from 50 of the World’s Best Poker Players.

“If you’re going write a book about how people pursue success,” Bradley said, “I need to first know how each defines it.”

For someone like Fedor Holz, it means the pursuit of enjoyment. For others, success is simply putting food on the table. Over the course of 50 interviews, including bracelet winners, Poker Hall of Famers and triple crown winners, Bradley learns what makes the greats tick and how they managed to achieve their version of poker success.

Bradley himself is something of a poker success — even though he’s never been close to a final table where his own chips were in play. He started covering the WSOP as an independent poker blogger who went on to become editor of Bluff magazine before taking the reigns as president and editor-in-chief of Pocket Fives. In February, he won at the American Poker Awards for being the 2017 Poker Journalist of the Year.

CardsChat spoke with Bradley to talk about success, his new book, and who stands out in a field of standouts.

CardsChat: As former editor at Bluff magazine and current editor in chief at Pocket Fives,  you’ve seen firsthand how many poker books have come and gone. What’s different about your book?

Lance Bradley: This book is a little bit different than anything out there now, and that’s because it’s not a strategy book. It’s not going to teach you to play suited connectors in late position. What it does is take a deeper dive into 50 of the best players in the world, and it’s got nothing to do with strategy, more to do with the things they’ve done in life that have allowed them to be successful in a tough field.

I wanted to get into the nitty gritty of the things these people do on a day-to-day basis that allow them to be one of the elite.

CC: What did success sound like across the wide spectrum of players that you spoke to?

LB: Cash game players don’t have a scoreboard to point to. They don’t have a Hendon Mob, or a GPI. So their definition of success is, “did I go home with more money then I started with?” Not everyone who is a cash game player said that, that but it was a common theme.

It was just interesting to hear the different answers people gave for how they define success. But there’s always some variation of “I want to make sure that the competitive side of me is being fed.”

Everybody had a little bit of that in their answer.

CC: You mention that every poker path is different. Who had the craziest, or unlikeliest path to success?

LB: One of the few players I had never interviewed before this book was Adrian Mateos.

I left the interview with him completely mesmerized by his answers, because he had decided at 14 or 15 that he was going to be a professional poker player, and he pursued it the same way that a 14-year old who decides they want to be a doctor would. They start reading advanced biology books and learning as much as they can about their future field. Adrian did that.

Unable to play for any stakes that meant anything, he jumped into forums and whatever content he could find and started messing around with decks in his bedroom and figuring out what to do on different flops. 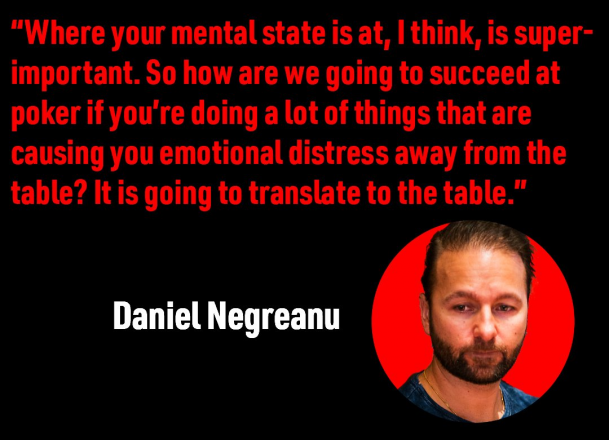 The pure focus that he had from teenage years… It was just remarkable to see a 14-year old able to have that much focus on something they actually can’t do yet for any meaningful stakes.

CC: Did you pick up on any differences between the new school and old school players you interviewed?

LB: What I really discovered is that the people in the book that are old school, the Erik Seidels and the Jen Harmans, they were smart enough to figure out they need to learn from new school players. And there are also a lot of new school players who realize that players that have been playing live for so long have something to offer, so they’ve learned from them, too.

Rather than finding any big differences, I found two groups that wanted to learn from one another.

CC: Let’s talk about the standouts. First, if you were picking someone as your business partner, who would it be?

LB: There’s some really sharp minds in there. I’m a really big fan of Fedor Holz has done with Primed Mind.

I talked with Brian Rast a great deal about non-poker interests. I think he has a really great mind for business. 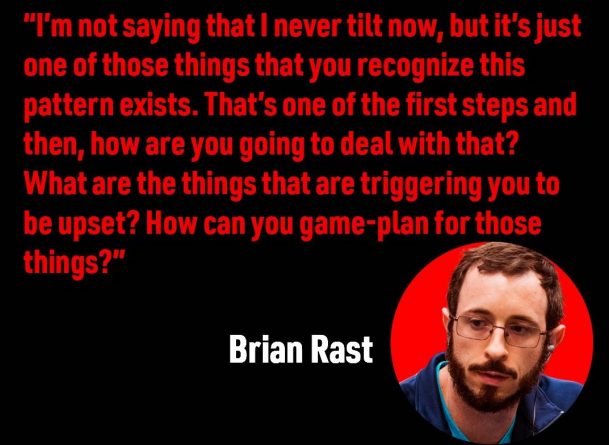 And then of course there’s Jason Sommerville, who went from making YouTube videos for fun to basically owning the top Twitch streaming empire in poker.

So it would be one of those guys for sure.

CC: Which player would you go to for life advice?

LB: Geroge Danzer is a guy who took a step away from the game recently to get a bunch of things figured out, like what he wanted to do if it wasn’t going to be poker, where he wanted his family to live. I think there’s a lot of wisdom to be gleaned from that.

CC: Who would you go to for poker advice?

LB: It got to the point during the interviews where I had to tell the players, look, if you tell me that Ike Haxton is responsible for your success, then we’re going to have to find a different way to write the chapter, because everybody keeps telling me that.

There’s one quote that is word for word between two people that goes, “and then I met Ike Haxton”. They all talk about it. You can draw a chart of their success, and there’s this upward trajectory, and then they meet Ike and it increases by five.

I’m convinced that he doesn’t get enough credit for the impact that he has had on some of the best players in the world right now.

CC: Everything you own is on the line in a high-stakes poker tournament. Who are picking to play on your behalf in this tournament?

LB: It’s probably one of two players, either Stephen Chidwick or Adrian Mateos.

I talked about Mateos earlier, but I really walked away from that interview completely stunned by the focus that he had when he was a teenager.

I looked it up today, and between Phil Ivey’s last tournament win and his most recent one, about 1,200 days, and in that time Adrian Mateos has won $12.1 million. I think he’s probably one of the two or three best tournament players in the world today.

As for Stephen Chidwick, he is thinking about the game right now at a level that is pretty unique and different from even some of the experts and GTO (game theory optimal) maniacs.

The Pursuit of Poker Success is available as an e-book and in paperback on June 7.