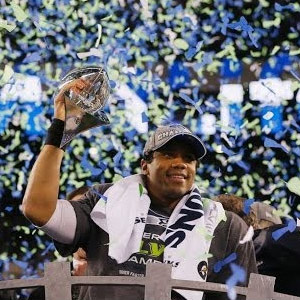 Super Bowl XLVIII was profitable for Nevada sportsbooks as the big game offered up hundreds of betting options which totaled over $100 in wagers.

Those fancy sportsbooks located in even fancier Las Vegas casinos don’t thrive because sports bettors know what they’re doing. That was proved once again this week when books throughout Sin City and the rest of the Silver State cleaned up like never before, winning a record profit from bettors wagering on the Super Bowl.

According to the Nevada Gaming Control Board, which regulates all forms of gambling in the state, a record total of about $120 million was legally wagered in Nevada on Sunday’s Super Bowl XLVIII. The big game saw the Seattle Seahawks manhandle the Denver Broncos 43 to 8. That total not only includes wagers on who would cover the point spread in the game—Denver was favored by two points at most books—but also money line bets, bets on the total and bets on the myriad of proposition (or “prop”) bets. The sportsbooks earned a total of about $20 million on the game, which isn’t just a record for the Super Bowl, it’s a record for any single day of sports wagering in the state.

Most of the betting action was on sides (which team would cover the spread), and that’s where the books won big. On sides bets, two out of every three were on the Broncos, so two out of three lost. But that’s how it traditionally goes with NFL betting. The public usually goes with the favorite, and the public usually loses. That’s how those fancy sportsbooks in the even fancier casinos stay in business.

One wager the books did get burned on was whether or not a safety would be scored in the Super Bowl. It’s the third year in a row and the fourth time in the last six years the books didn’t come out on top with the wager. Just 12 seconds into the game, a snap to Broncos quarterback Peyton Manning went through his hands and out of the end zone for a two-point safety and the game’s first score. Whether or not a safety would occur in the big game was one of the proposition bets, payable at 8-1 odds. And having a safety be the first score of the game was payable at a whopping 50-1 odds. Sportsbooks lost thousands of dollars on that prop bet. Of course it’s a mere drop in the bucket when measured up against the millions of dollars Bronco-backers blew betting on the game. Amazingly, in the first XLII Super Bowls, there were a total of only V safeties, but now in the last VI there have been IV.

All told, Nevada sportsbooks offered more than 400 different proposition bets on the Super Bowl, including which team would win the coin toss to start the game. One could wager on which starting QB had more pass attempts, pass completions, total passing yardage, touchdown passes or interceptions, or which team’s top running back had more carries, yards, TDs or fumbles. Which team would have the first field goal? How about the first field goal attempt? How about the longest field goal? All were available for your betting pleasure.

You could also wager on whether the game would feature a kickoff return for a TD (it did), a punt return for a TD (it didn’t) or go into overtime (no Super Bowl ever has). Some of the wackier prop bets had nothing to do with the game. You could wager on how long it would take to sing the national anthem before the game—one book posted an over-under of two minutes and 36 seconds. You could also wager on whether any members of the Red Hot Chili Peppers would go shirtless during their halftime performance, as they are wont to do (“yes” won that wager).

Vegas knows a good thing when it sees it, and betting on the Super Bowl has been a very, very good thing since the first Bowl back in 1967. So who’s favored to win the 2015 Super Bowl which is scheduled for Glendale, Arizona? Silver State sportsbooks have already set the odds and it should be no surprise that Seattle and Denver are co-favorites to win the next big game, each at 5-1 odds. But the big question remains: will there be a safety?

lol no. The books typically make their money by setting a line such that there’s a similar amount of bets on each side and then just collecting vig. If this statement were true it would be very easy to make money sportsbetting by just betting underdogs.