The Nevada poker industry had another good year. Although a few card rooms in the state closed in 2018, overall revenue was up a little more than one-percent. 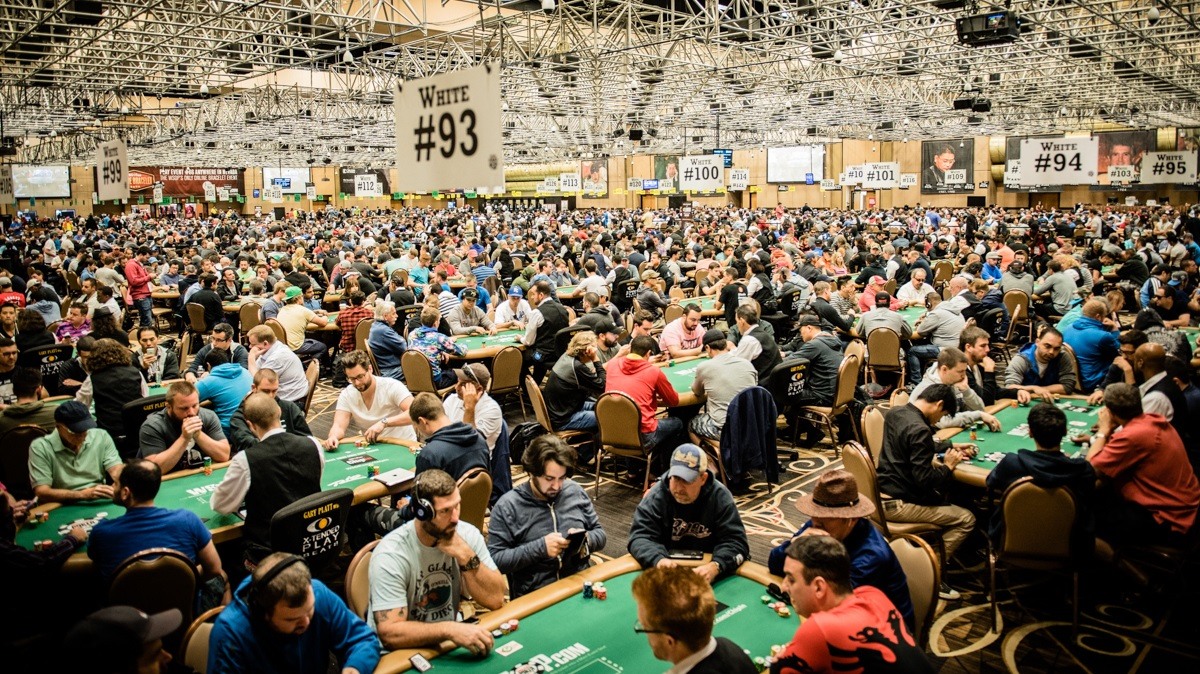 Nevada poker revenue was up a bit in 2018 thanks in part to the rousing success that was the World Series of Poker. (Image: CardsChat News)

Each year since 2009, total card tables in the state has been on the decline. But that hasn’t halted revenue growth, at least not on an annual basis.

Depends How You Look at Things

Nevada poker revenue rose from $118.455 million in 2017 to $120.083 million last year, according to David Schwartz’ annual report at the UNLV Center for Gaming Research. While a one-percent spike might seem unimpressive to some, it depends on your mindset.

If you’re of the glass-half-full mentality, you view that stat as a middle finger to the naysayers who claim poker is dead. But if you live in a negative world, you might be saying, “poker was so much better 10 years ago.”

It’s true that poker was far more popular a decade ago. The game’s popularity peaked in 2006 when online poker was booming and poker was regularly on mainstream television networks. From June 2005 to July 2008, Nevada’s card rooms raked in over $13 million monthly, on average. That declined slightly to just under $12 million the next few years before again spiking to $13 million from March 2011 to December 2014.

Over the past four years, however, the Silver State averaged $9.8 million monthly. But that isn’t as bad as it seems. The year following Chris Moneymaker’s historic 2003 WSOP Main Event title – the start of the “poker boom era” – Nevada averaged “just” $9 million each month. That’s nearly $1 million less per month than the previous four years.

And, remember, at that time new poker rooms all over Nevada were popping up to meet customer demand.

So, although revenue during poker’s peak years far surpass current trends, the “poker is dead” crowd is way off base. Every game hits its peak and then eventually declines in popularity, but that doesn’t mean the sky is falling.

Take Major League Baseball, for example. Baseball was, for dozens of years in the pre-Super Bowl era, the most popular sport in America before falling behind the NFL and now even the NBA in terms of fans. Some sports fans claim “nobody cares about baseball anymore,” which couldn’t be further from the truth.

Nearly 70 million fans (28,000 per game) attended an MLB regular season game in 2018. The league had a 15-year attendance low, but that’s still a heck of a lot of people watching a game that is supposedly “dying.”

Poker has some of the same perception issues as baseball. MLB’s peak years are in the past and the league likely won’t again surpass the NFL, at least not for many years. And it’s even more unlikely, given the state of online poker in the US, that poker will match its peak numbers from a decade ago any time soon, in Nevada and all around the country.

But that doesn’t signify a dying game for baseball or poker. It’s best to not base the success (or failure) of a game on how it compares to its golden era.