Online poker in Nevada isn’t making much of a financial impact and that could be the reason state officials aren’t speaking out against the possibility of a federal iGaming review. 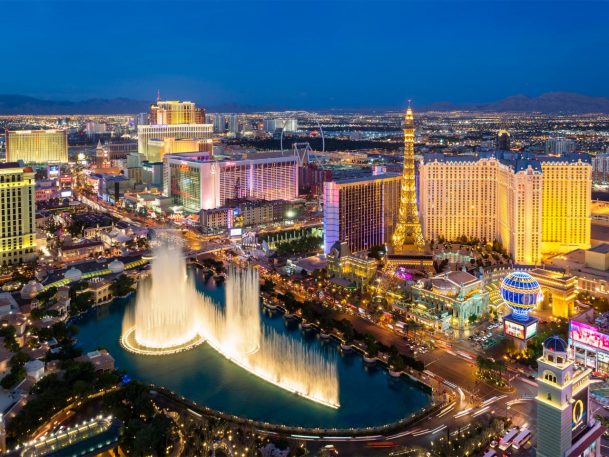 Why is the Nevada online poker industry not fighting as hard as New Jersey’s against a potential Jeff Sessions attack if he’s ushered in as the new AG? Casino revenues might have something to do with it. (Image: Travel Channel)

According to the Las Vegas Review-Journal, online poker “generates a mere rounding error in Nevada’s gaming revenue,” which could be why state officials haven’t reacted to Alabama Senator and US Attorney General-designee Jeff Sessions’ (R) recent comments about revisiting the Restoration of America’s Wire Act (RAWA).

Unlike New Jersey Assemblyman Vince Mazzeo, who filed a resolution AJR 137 asking President Donald Trump and Congress to push back against any actions that would affect the currently legal and regulated iGaming states, no one in the Silver State has addressed Sessions’ potential impact on the online gambling industry.

During his Senate Judiciary Committee hearing on January 10, Sessions suggested that he was “shocked” at the DOJ’s decision to exclude online poker from the Wire Act in its 2011 reinterpretation, and said he would consider reviewing the DOJ opinion if confirmed as US AG.

More on the Line in Garden State

Should a review take place and Sessions decides to add back online poker the definition of the Wire Act, it would mean New Jersey, Nevada, and Delaware would all have to shut down their active sites. For New Jersey politicians, this simply can’t happen, and that’s what prompted Mazzeo to file his resolution.

But as the Las Vegas Review-Journal has pointed out, Nevada may not be so willing to join a fight against, as the risk may not be worth it. Although the Nevada Gaming Control Board no longer publishes online poker revenue, the internet economy is certainly not as strong there as it is in New Jersey.

With South Point leaving the market early on, only the partnership between 888 Holdings and Caesars Entertainment offers online poker in the Silver State now. Compare that with three operators (The Borgata/GVCParty, Caesars/888, and Resorts/PokerStars) in New Jersey, and it’s easy to see why the Garden State is more motivated to fight to maintain the status quo.

Live Gaming On the Upswing in Nevada

Another reason Nevada might not be as concerned with the status of online poker lies in the recent, albeit modest, gains made by its live casinos. As outlined by the state’s annual revenue report, 2016 saw a 1.3 percent increase in revenue compared to 2015.

Despite December’s $956 million haul being 2.7 percent lower than the same period in 2015, Nevada casinos still banked $11.26 billion last year, with Strip revenue accounting for more than 56 percent of that total.

Not much of a surprise since population of the whole State of Nevada (2016) is estimated under 4 million, and many of those are not of legal age for any gaming online OR live.

For the remaining population, there is a B&M casino on nearly every corner in every city. Add free booze at the casinos and the ‘fish’ that frequent casinos providing profit for regulars, revenue would seem to be miniscule there.

Lived in Nevada for 12 years during poker’s online boom years and FEW ever stayed home to play online. Imagine it’s still that way total and even more so since only Nevada residents can play in Nevada gaming online. Pretty slim pickings for revenue.