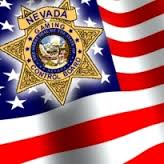 Following the biggest month yet for online poker, Nevada online poker operators saw a small dip for July 2014, according to the latest Nevada Gaming Control Board report. (Image: toppokersites.com)

In June of 2014, the Silver State brought in just over a million dollars from Internet poker sites operating in Nevada. In a recently released report by state authorities for July, revenues fell to $985,000; however, the state was also able to collect approximately $52 million in gambling taxes, although that number is 14.7 percent less than the same month compared to a year ago.

No Cause For Alarm

While the dip in revenue brought in from online poker rooms is a little disappointing, many industry analysts are viewing it as good news overall. July was a great month for online poker operators and by all accounts extremely impressive, since it is being compared to the all-time best month seen in the state to date. While the month-to-month numbers are down, the fact remains that July 2014 was the second-best month for revenue the state has ever seen since it started regulating online poker rooms.

Ultimate Poker, which launched in April 2013, was the first site to launch in Nevada and now there are two other competitors, headlined by Caesars Interactive Entertainment-owned WSOP.com, which saw the most traffic in the month of July. The six-week World Series of Poker (WSOP) was a catalyst for the online site to run a slew of promotions throughout the series, which brought many poker players that were in town for the WSOP to the virtual felt.

WSOP.com: Leader of the Pack

According to the numbers released by the Nevada Gaming Control Board and through industry watchdog site PokerScout.com, WSOP.com brought in the most traffic during the six-week span of the 2014 World Series of Poker. The site was able to average 150 cash game players over a seven-day period, up from the normal level of 95, which the site seems to be reverting back to since the WSOP ended mid-July.

Ultimate Poker, the pioneer in the state, also saw an increase during the summer, but now hovers around 65 cash players on average.

The good news for land-based casinos is that Nevada gaming revenue increased in July, albeit at just under 1 percent compared to the same month a year ago. Many are seeing that as a big win, since June 2014 represented an irregularly large spike for the year.

Casinos brought in $931.8 million during the month of July, a 0.65 percent increase and on the Strip in Las Vegas, casinos reaped in $536.2 million in gaming revenue, which is a comfortable 4.8 percent  increase from last year. Nevertheless, it appears June’s 14.3 percent statewide increase in revenues was indeed a spike, although the fact that July hovered at a hair above June is making many see the month as a big win for casinos. July represents the fifth consecutive month that the Nevada Gaming Control Board has reported growth in revenues for the state.

Chad Beynon, a gaming analyst from Macquarie Securities, said that the results should remove the fear that summer gross revenue would fall. He stated that he fully expects positive gaming growth, specifically on the Strip, through the remainder of Q3 2014. He did state that casinos should not expect the dramatic increases in August and September seen in 2013 when the state saw 20 percent and 15 percent spikes respectively.

Traditionally in the late fall and winter months, online poker traffic increases globally. It’s a trend that Ultimate Poker, WSOP.com, and South Point’s Real Gaming (still in beta, technically), are hoping to bring to Nevada. The addition of a Treasure Island poker site and an 888 poker site, which will share their player pools with those in Delaware, should also help to boost traffic and revenue in Nevada.

They should allow nation wide