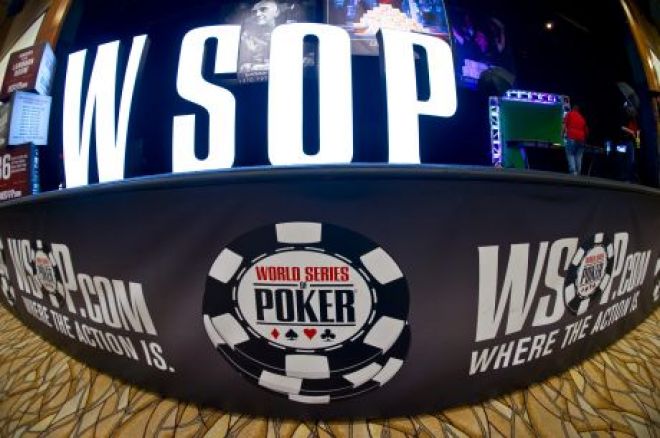 The premiere WSOP.com online bracelet event during the World Series of Poker was a hit for Internet poker in Nevada in 2015. (Image: pokernews.com)

It was an interesting year for Nevada online poker, specifically for WSOP.com, the Silver State’s only remaining working online site. It was a year of innovation, growth, and yes, even some disappointment.

In 2014, Nevada’s other online poker site, Ultimate Poker, shut down after failing to generate enough revenue and interest.

That left WSOP.com as the only licensed poker site in the state. WSOP.com is operated by Caesars Interactive Entertainment, and is the sister site to the company’s World Series of Poker land-based global brand.

After Ultimate Poker shut its doors in November 2014, online poker revenue went on a downward spiral for the following three months. Fortunately, in March 2015, revenues increased.

The state generated slightly less than $600,000 in January and February from the online game. It was a disappointing beginning to a promising year. In comparison, Nevada brought in $824,000 from online poker in February 2014, the year prior. That is a 44 percent drop in just one year, and not something anybody wanted to see happen.

With the year coming to a close, we’ll know soon enough just how far short the Silver State came to reaching its goals.

July 2nd, 2015 was a historic day for the game of poker. The World Series of Poker, an ever-changing event series, created a first-ever Internet tournament with a $1,000 buy-in.

For the first time, a bracelet event took place online, at WSOP.com. Some 905 players ponied up the cash to compete in the event, with the six final table participants playing out live at the Rio in Las Vegas.

Anthony Spinella, a New York resident, took home the bracelet, winning $197,743. A notable name that cashed in this historic event was Mike Gorodinsky, the winner of the 2015 WSOP Player of the Year race. Gorodinsky finished 26th and won $4,299.

With Delaware struggling to earn much of anything from its licensed online poker sites, Nevada Governor Brian Sandoval agreed to a deal that pooled together the two states’ revenues from online poker.

The deal was signed back in February, but hasn’t appeared to help either state much at all. In fact, Delaware generated less than $25,000 in September, which is about five percent of what Nevada would consider a bad month for the Silver State.

Nevada has fared better than Delaware, but has the advantage of a 300 percent larger population, and of having the World Series of Poker and 69 live poker rooms within the state’s borders. As the movie industry is to California, so is gambling to Nevada, whereas Delaware doesn’t have a gambling culture similar to the Silver State’s.

Heading into 2016, Nevada is coming off of a somewhat disappointing year in terms of revenue generated, but the future remains bright for the online poker industry.

Caesars Interactive Entertainment is the only company to operate a licensed poker site in Nevada right now. However, other casino operators have been given approvals from the Nevada Gaming Commission (NGC) to operate such a site within the state, so perhaps more will come on board.

When those companies will begin operating poker sites is unknown, but some could be on the horizon during 2016.

Casino operators MGM Resorts, Golden Nugget, Boyd Gaming, and the Internet gambling operator 888 Holdings have all been greenlighted to move forward by the NGC. Caesars is technically partnered with 888, but the online operator remains interested in creating its own Nevada poker presence online.

The Internet poker industry has had its ups and downs in Nevada in 2015. But it’s still willing to gamble on online poker picking up for next year.

You are wrong about WSOP.com being the only site available in Nevada, RealGaming.com is owned by SouthPoint casino and is still active in Nevada. They have very low numbers but they are still in the state and a legal form of online poker.