Trying to puff up the currently nonexistent relationship between Nevada casinos and the marijuana industry, Governor Brian Sandoval signed an executive order earlier this week to address the issue. The directive asks the Nevada Gaming Policy Committee (NGPC) to define exactly what kind of interactions the two can have, since marijuana usage and sales are still illegal under federal law. 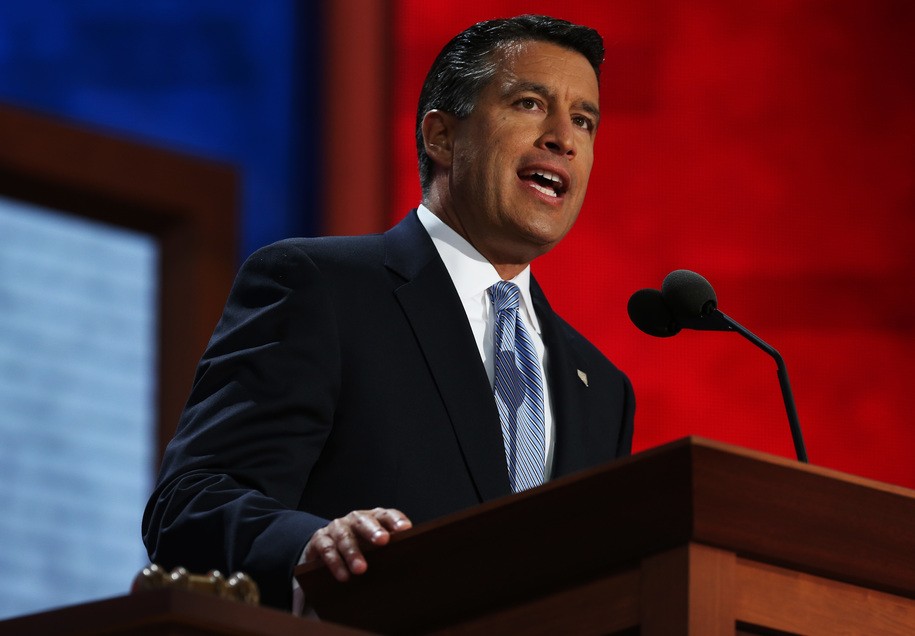 The 12-member NGCP Committee, chaired by the governor, is made up of members of the State Senate, Assembly, Nevada Gaming Commission (NGC), Gaming Control Board, and executives in the gaming industry. They will meet before Dec. 15 to discuss related issues.

“The Gaming Policy Committee is the right organization to take up these important issues unique to Nevada due to the state’s recent legalization of recreational marijuana and our gold standard gaming reputation,” Sandoval said in a statement.

Recreational marijuana was legalized in Nevada in November 2016, and went into effect on July 1, but casinos immediately banned the drug from being consumed anywhere on resort properties. Some establishments even forbade employees from partaking in cannabis on their own time.

Busting Through the Haze

What the governor is seeking is clarification on is specifically ancillary issues related to the pot industry, such as casinos hosting conventions or business gatherings of cannabis distributors.

“Gaming regulators have been clear on the prohibition of marijuana consumption on licensed gaming properties but there are additional policy considerations that should be contemplated,” Sandoval said.

Those topics were made pretty clear by the NGC in late August, when they advised that there should be no bond at all between the two entities, including renting offices to anyone in the business.

“We’re not setting policy here. We are discussing and interpreting the law as it stands,” NGC Chairman Tony Alamo said last month. “Marijuana is a Schedule 1 drug making it illegal under federal law.”

Casinos don’t want any appearance of impropriety and have already started policing themselves. In June, MassRoots CEO Isaac Dietrich was turned away when he tried to enroll in the Wynn’s Red Card rewards program, because of his ties to the cannabis industry.

Alamo told the Las Vegas Review-Journal, however, that the guidelines should be examined further.

“The Gaming Policy Committee, with the governor as chairman, is a great venue to have those discussions again on both sides of the podium,” he said on Wednesday.

When President Obama was in office, going after medical marijuana and recreational pot users in states where its use had been legalized didn’t happen. Several medical dispensaries opened in states like California before it was recreationally legalized with no federal repercussions.

The current administration has expressed a harder line on the issue. President Donald Trump’s Attorney General Jeff Sessions is a firm advocate of stronger drug laws and could revive a crackdown on states that are now selling the contraband.

As early as February, then-White House spokesman Sean Spicer responded to a reporter’s question about marijuana, saying: “I do believe you’ll see greater enforcement of it. When you see something like the opioid addiction crisis blossoming in so many states … the last thing that we should be doing is encouraging people.”

this is bad idea…

It won’t be long till weed is legal in all 50 states… jump on now or get left behind.