Negreanu Strongly Hints at Fall WSOP on His Podcast

On the latest episode of the DAT Poker Podcast, which he co-hosts, Daniel Negreanu said there’s a good chance the World Series of Poker will occur this fall. 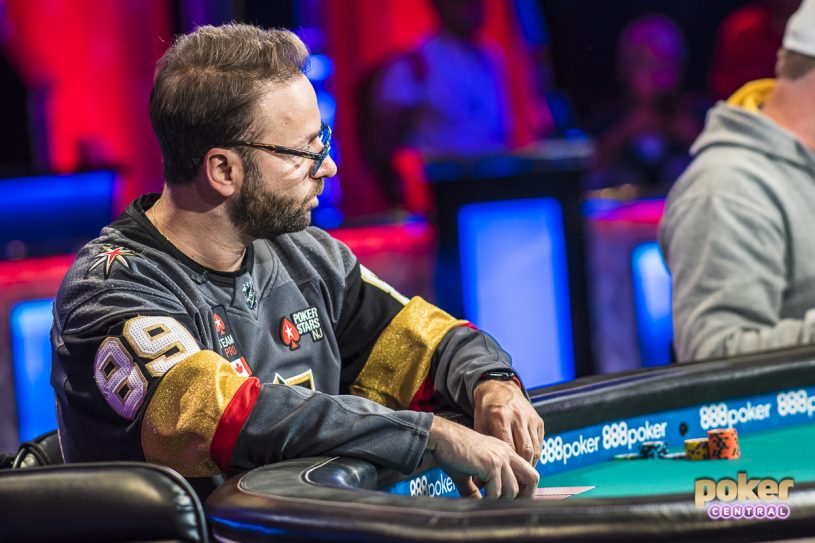 Daniel Negreanu, who has long served as a player advisor for the WSOP, indicated on his podcast this week that the festival will take place this fall. (Image: Drew Amato)

After co-host Terrance Chan brought up rumors on Wednesday’s episode that the WSOP could occur this year, but more likely between September and November, Negreanu likely raised many eyebrows of hopeful poker players with his comments:

”I know exactly what’s going to happen. I know everything. I do. I will tell you guys this. Expect the World Series of Poker this year – live. Some online as well. Expect no live during the normal slot of June or July, as we are typically used to. But expect a slot maybe in the realm of what you said, and before that, maybe have some online or whatever.”

A fall WSOP could feature a jam-packed schedule

Negreanu also indicated the WSOP could feature a full schedule with around 90 events when it occurs. He said the rising rate of vaccinations in the US makes him hopeful that poker could be played normally at the WSOP by the fall, without the need for extra safety measures like plexiglass partitions that likely wouldn’t be feasible at the festival due to its immense size.

“There’s plenty of time. I don’t think there’s going to be any roadblocks, I imagine, by then. If you need the plexiglass at the World Series of Poker, that won’t work. It would be too much to plexiglass every table.”

The Biden administration has indicated that everyone who wants a COVID-19 vaccine should be able to get one by the end of May. The vaccination effort has been greatly aided by a third vaccine developed by Johnson & Johnson, which doesn’t require a booster.

“I think we’re going to have a pretty normal World Series of Poker,” Negreanu said. “I just think … pushing it back makes sense because June is really pushing it.”

As CardsChat News reported in February, Caesars is offering a sweepstakes on WSOP.com that will provide one winner a seat in the 2021 Main Event, along with airfare, a hotel stay, and other prizes. The contest provides a strong indication that Caesars intends to host the WSOP this year, as poker tournaments begin to ramp back up.

CardsChat reached out to Caesars Entertainment for comments and will update if representatives respond.