There are few things that can tear Daniel Negreanu away from the Rio in Las Vegas come summertime. An improbable and historical run by his favorite hockey team is one of them. 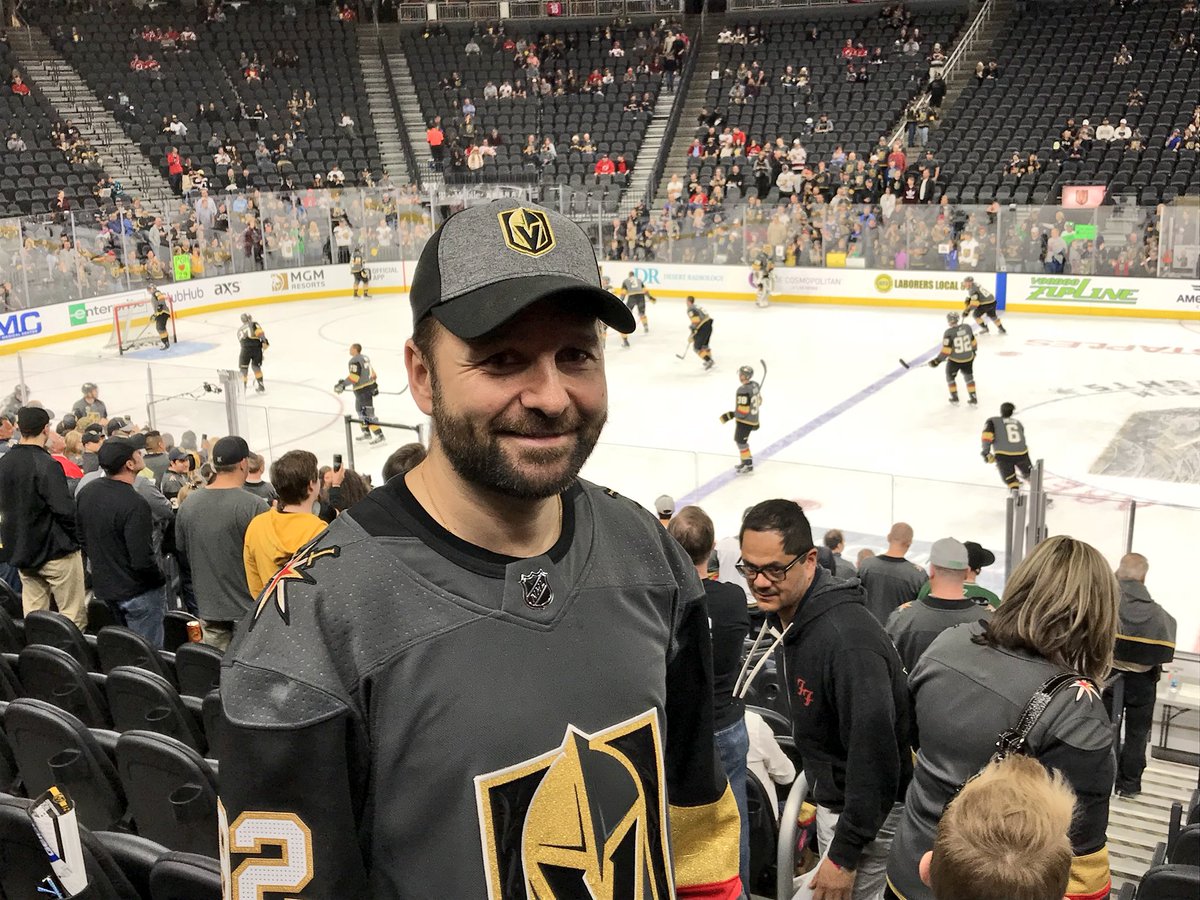 Daniel Negreanu was part of the Vegas Golden Knights “Founding 50,” a core group that worked to bring hockey to Las Vegas before the team even had a name. (Source: scoopnest.com)

The Vegas Golden Knights are three wins away from hoisting hockey’s ultimate prize, the Stanley Cup, after winning game one of the finals on Monday. However, the remaining games just happen to coincide with the start of the biggest event on Negreanu’s calendar every year, the World Series of Poker.

It’s a major scheduling conflict for the celebrity face of the hockey franchise, but it’s a good problem to have.

When it came to deciding between playing poker and watching the Knights, the choice was pretty simple for Negreanu.

After all, the WSOP comes around every year. The chance to witness an expansion franchise win a major sports championship for the first time ever? Not so much.

“For the first time in almost 20 years, I’ll be missing a couple events because what the Knights are doing is historic,” Negreanu told the Las Vegas Review-Journal. “There’s only one first time an expansion team makes the Final. Nothing like this has ever happened in sports and it’d be crazy to miss it.”

Negreanu ain’t crazy, so he’s tailoring the early portion of his WSOP schedule around the Stanley Cup Finals.

He’ll miss two events in the first week, including the $100,000 No-limit High Roller tournament which takes place this weekend. The other one he’ll pass up is the $10,000 Omaha Hi-Lo 8 or Better tournament, an event Kid Poker finished second in last year.

The Canadian, previously a long-suffering fan of the Toronto Maple Leafs, was part of the Golden Knights “Founding 50.” Before the team even had a name, the group worked to build interest and drive season ticket sales as the NHL was deciding whether or not to award the Las Vegas a hockey franchise.

Negreanu personally bought 16 season-ticket seats, the majority of which he says he gives to charity.

Though he’s cleared his schedule for the week ahead, the 43-year-old poker Hall of Famer has one significant piece of unfinished business creating a clear conflict of interest.

Negreanu is third in chips as the $300,000 Super High Roller Bowl enters its last day. Only five players remain, with a $5 million first prize at stake. (All players among the final six were guaranteed at least $900,000.)

Action at the final table kicked off at 1 pm Wednesday afternoon, and the Knights will faceoff against the Washington Capitals a few hours later.

Poker’s all-time leader in tournament winnings faced a similar dilemma on Day Two of the poker tournament, but was able to step away from the table to watch with more players still in action. Negreanu won’t have same luxury at what will be an intense final table.

“Tomorrow is going to be tough, because I think by the time the game starts, it should be three- or four-handed,” he said yesterday to PokerGo. “So wow, I don’t know. I hate to miss the game, but we’ll figure something out.”

UPDATE: As of press time, Negreanu is the SHRB chip leader.

I’d make the same choice if I was part of the “Founding 50″…and I am also a Toronto born-and-raised long-suffering Toronto Maple Leaf fan (but I am old enough to have seen the last Leaf Stanley Cup win in 1967). I wish the Golden Knights well in their quest….it would be monumentally historic to see a bunch of guys who were deemed expendable by their hockey teams win the Stanley Cup as an expansion team.

As I understand Daniel. It is impossible to miss such an important match. The main thing is always to correctly allocate your time and strength. I wish Daniel luck in poker and win his team in hockey!