Every year, the World Series of Poker seems to come and go so quickly. It’s hard to believe we’re already well past the midway point and just 12 days from the start of the Main Event. But until then, the action keeps rolling … 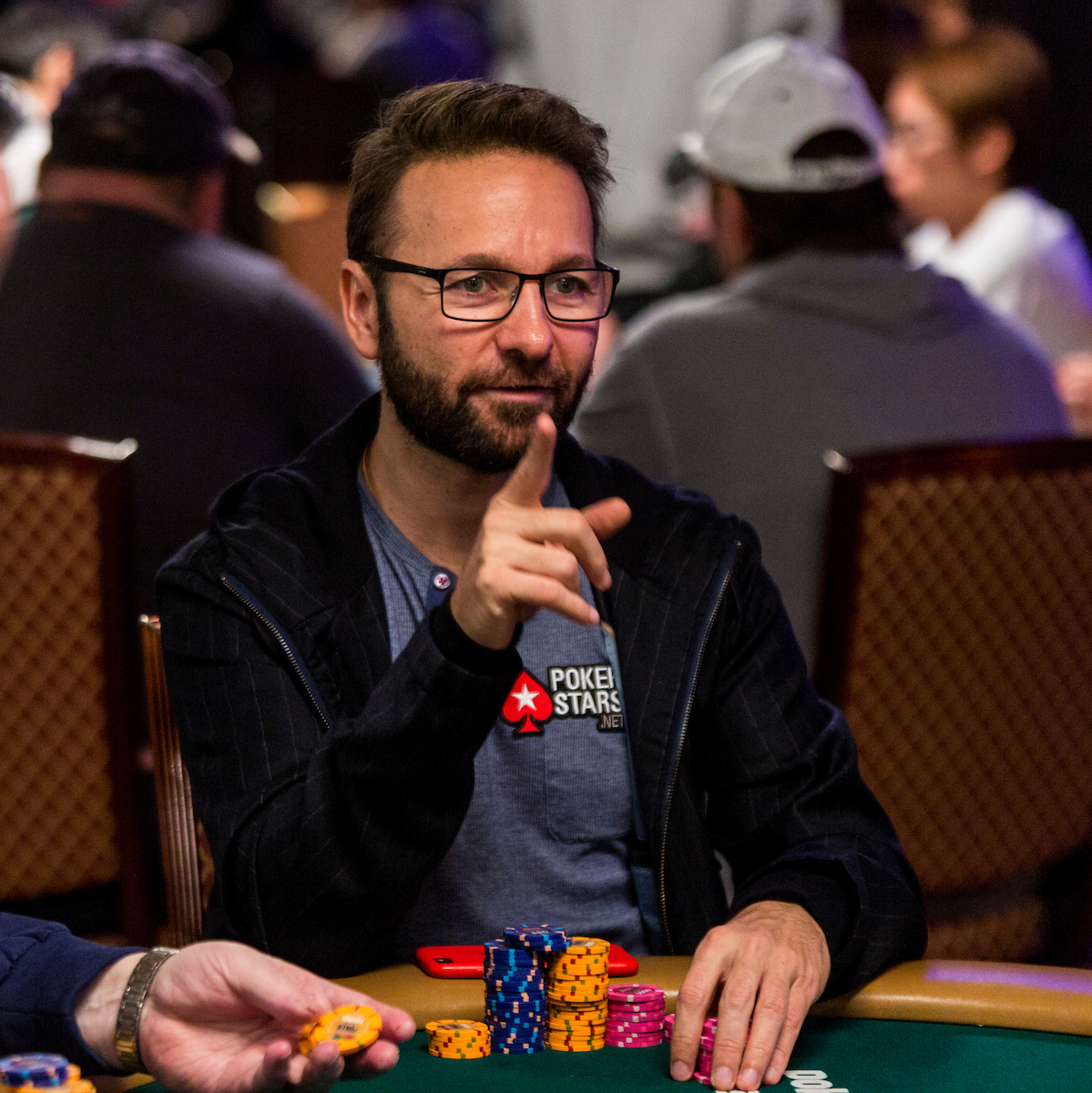 Daniel Negreanu booked his 100th career WSOP cash with an 18th place finish in $10k Seven-Stud Hi-Lo 8OB, but don’t even get him started on what this means for his chances of winning 2017 Player of the Year. (Image: Melissa Haereiti / PokerPhotoArchive.com)

Daniel Negreanu sat on the bubble in Event #48, $10,000 Seven Card Stud Hi-Lo 8 or Better Championship with a small stack. His table mates hoped he would quickly bust so they would be guaranteed to win money. But Kid Poker had his eyes on something: his 100th career WSOP cash. Only Phil Hellmuth (123) and Erik Seidel (101) have more.

Doyle Brunson’s offspring still didn’t have any problem cashing. He busted in 14th place for $19,130. Negreanu made it through the bubble, but didn’t last much longer, hitting the rails in 18th place for $15,182. It was hardly his biggest WSOP score, but it marked the 100th time he collected money after a WSOP event.

Chris “Jesus” Ferguson was the last player to be eliminated on Sunday, busting in 12th place ($22,396). The five-time bracelet winner already has 10 cashes this summer, but none for bigger scores than this one.

The remaining 11 players will come back to the Rio at 2 pm PT on Monday. The winner will receive $320,193. Andrew Kelsall ended Day Two with the chip lead. Notable players left include Phil Hellmuth, 2010 Main Event champion Jonathan Duhamel, and Dan Shak.

A “Gamble” Pays Off

Nathan Gamble learned how to maneuver through a massive field last year in the Main Event. His 176th place finish was good for more than just his largest score ever ($42,285). The 27-year-old Texan gained valuable experience in high-pressure situations.

The experience paid off for him on Sunday, as Gamble took down Event #46, $1,500 Pot-Limit Omaha Hi-Lo 8 or Better, for $223,339. It was his largest win ever and first career bracelet. He said afterwards he’s giving his bracelet to his father for always supporting him.

When heads-up play began, Gamble had a 10-1 chip advantage over Adam Hendrix. The tournament concluded on the following hand.

Bundle Up in the Heat?

If you’re heading to Las Vegas for the WSOP, be prepared for the extreme heat. And don’t forget your winter coat. Well, at least inside the Rio.

With temperatures outside reaching dangerous extremes exceeding 110 degrees, it seems like everyone inside the Rio is getting coolered, quite literally.

Outside, you could die of heat exhaustion if you aren’t careful. Inside, hypothermia is a possibility. Okay, maybe that’s a stretch but the Rio Convention Center temperatures are the “polar” opposite of outdoor Las Vegas.

Daniel Negreanu appears to be as focused on convincing the masses that the current WSOP Player of the Year scoring system is a joke as he is on winning a bracelet. Other pros seem to agree.

“Cashing in the Colossus takes 6-7 hours. Cashing in a $10k event takes about 15 vs the worlds [sic] best. Which do you think is harder to do?” @RealKidPoker asked on Twitter.

Pros such as Allen Kessler and Eric Froehlich chimed in to concur. Negreanu plays in most of the higher buy-in events where the field sizes are much smaller than, say, the $565 buy-in Colossus or a $1,500 no-limit hold’em event.

The new scoring system is based on return on investment (ROI), rewarding players who cash in large field tournaments with more points than most of the Championship events that Negreanu chooses to play.

Event #47, $1,500 No-Limit Hold’em Monster Stack, was undoubtedly a monster, albeit a little less frightening of one compared to last year. This year’s tournament had 6,716 entries, for a three percent decline from 2016, which had 6,927.

Day 1B of this double-stack tournament concluded Sunday with Matt Downs bagging the biggest stack (320,200).

There are still 2,400 players remaining, all hoping to scoop that bracelet and the plenty monstrous $1,094,349 payday that goes with it.

Bagging the Day One chip lead in a three-day event and a buck will buy you something off the Dollar Menu at McDonald’s. But don’t tell that to Guilherme Barbosa.

In a roller-coaster, high variance game such as PLO, Barbosa isn’t even guaranteed a cash. There are some heavy hitters left in the field, including Chino Rheem, Jeff Madsen, Brandon Shack-Harris, and recent WSOP bracelet winner Dmitry Yurasov.

The winner, scheduled to be crowned on Tuesday, will receive $362,185 and a shiny bracelet.

Like we said, every year, the World Series of Poker seems to come and go so quickly. But before the Main Event arrives to bring us to the final stages of the 2017 WSOP, there are still cards to get in the air.

At 3 pm, it’s time to start Event #51, $10,000 Pot-Limit Omaha Hi-Lo 8 or Better Championship. If Negreanu cashes in this one, expect him to let the Twitter world know how much more skill that feat required compared to cashing in the bounty tournament.