With the World Series of Poker set to make its summertime return in Las Vegas, many quickly wondered if that would also mean the return of the ever-popular $25k Fantasy Draft for the WSOP. The event, started by Daniel Negreanu in 2011, hasn’t officially been run since the 2019 WSOP. 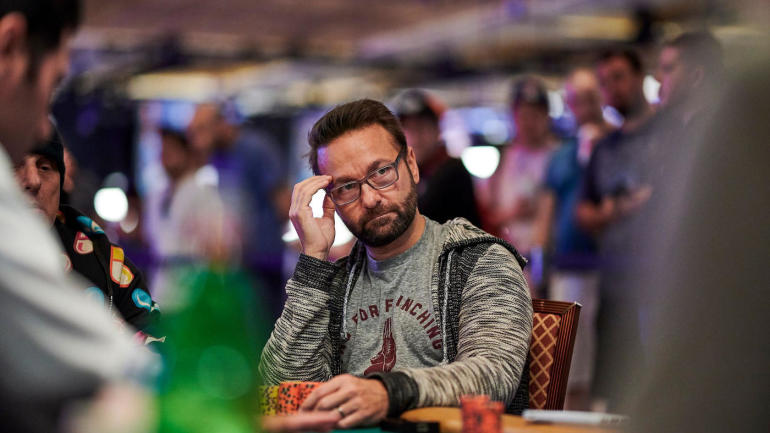 Daniel Negreanu is ready for the 2022 WSOP and thinking about who is likely to turn in the best performance. (Image: CBS Sports)

Negreanu only took a few hours after the WSOP schedule was released to confirm that the league would be back, and drafting on May 30th. The location is still TBD, but many of the past drafts have been at the Aria. That day, teams of poker pros who can pony up $25,000 to enter will join Negreanu to participate in the draft, with the progress being tracked on the 25k fantasy website throughout the WSOP.

Here’s a quick breakdown of how the $25k Fantasy draft works: Team managers are given $200 theoretical dollars as a budget that they can use to build an eight-person team of poker pros. One by one, the top poker players in the world will be put up for “auction” with each player going to the highest bidder. The draft has ranged in teams from a low of eight in 2015 to a high of 15 in the opening year of 2011. Former WSOP Main Event Champion Ryan Riess won the 2019 installment for $150,000, while Dan Fleyshman took home $200,000 for winning in 2018, the second largest payout so far.

Back to original fantasy WSOP format

Of course, the 2020 WSOP was unlike any of the 50 before it. With virtually all of the action moved online, Negreanu chose not to run the fantasy draft that year. But in 2021, poker pro Daniel Zack stepped in to fill the fantasy void, taking it on himself to set what he determined to be reasonably comparable prices for players had the draft occurred as normal.

Would there be reasonable interest in an ODB-like fantasy league? I’m willing to post salaries for people to make teams from and have an updated shared Google spreadsheet. Can’t handle having no sweats

This allowed him to run a contest that emulated the popular ODB version, which allows smaller-stakes players to join in on the action. This was created by poker pro David “ODB” Baker, and for just $500, anyone can draft their own team, using the prices that were established in the $25k draft. In the case of the 2021 WSOP, players picked their team based off of Zack’s price projections. In 2021, the winner of this contest took home $25,500, but this year’s installment should be closer to the official 2019 ODB draft, which drew nearly 500 entries and paid out $43,000 to first place.

How to tackle a fantasy poker draft

Different people have different strategies in this competition. Some teams like to spread their budget throughout their team, much like Riess did. That team’s highest player, Patrick Leonard, went for $41 (Negreanu was the most expensive player on the board at $92), and all but one of their players went for double digits. Scoring rules for the draft can be viewed here, breaking down points by final table, and explaining bonuses for bigger buy-in events.

Meanwhile, others prefer the stars-and-scrubs strategy, like 2019 runner-up David “ODB” Baker did. Baker spent $83 on himself, $74 on Anthony Zinno, and $38 on Adam Owen, finishing the rest of his team out with five players at the minimum bet of $1.

The $25k league is chock-full of history, with some of the biggest names in the poker world firing teams along the way, including Todd Brunson, Jason Mercier, Brian Hastings, and Negreanu. Over the years, there have been more than 188 teams participating, with usually between 11 and 15 able to put up the $25k that makes it special even to the biggest money pros.