Get ready for more poker on TV. Poker Central and NBC Sports have once again joined forces for to bring poker to the televised viewing audience. In a new deal that extends the relationship between the two through 2020, NBC will air the Super High Roller Bowl, US Poker Open, and Poker Masters tournaments across their broadcast platforms in 2018. 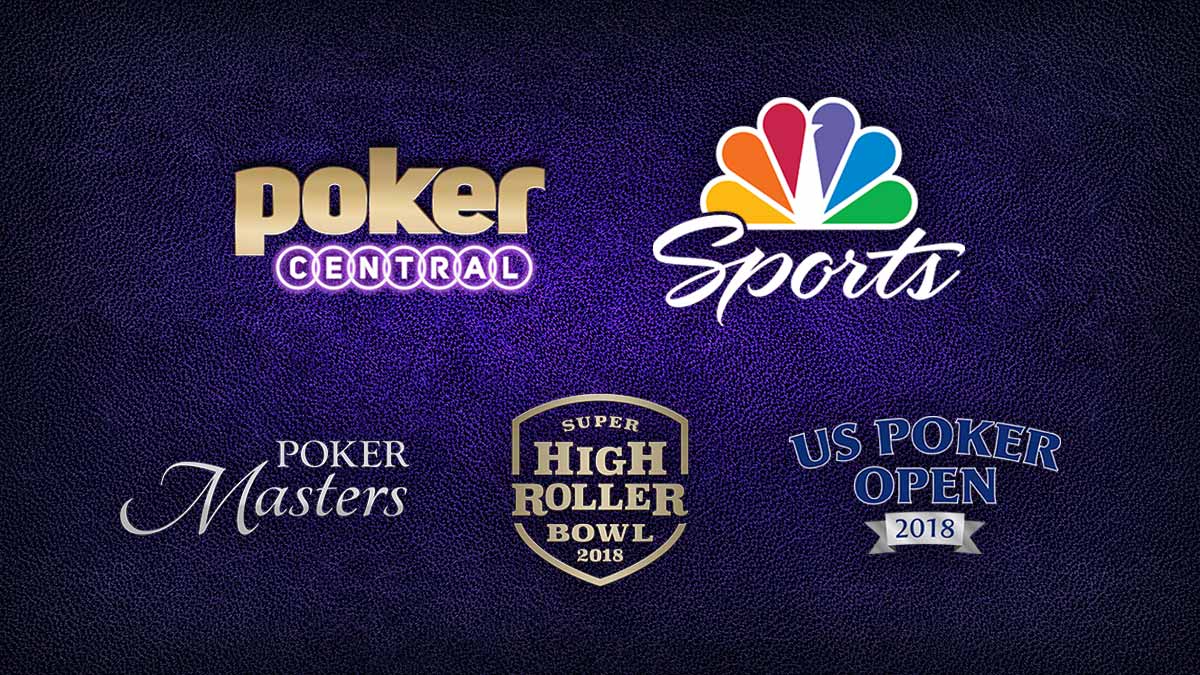 Poker Central will kick off its new expanded lineup on NBC Sports Group with this weekend’s inaugural US Poker Open. (Image: Poker Central)

NBCSports.com and the NBC Sports app will carry live-streamed coverage from the events, with dates and other scheduling details still to be determined

Poker Central is a privately held company with owners such as Cary Katz, who is fresh of winning the 2018 PokerStars Caribbean Adventure $100,000 Super High Roller, and poker pros such as Daniel Negreanu, Phil Hellmuth, and Antonio Esfandiari.

Fans won’t need to wait long to benefit from the expanded relationship between NBC Sports Group and Poker Go. This weekend, the latter will host the 2018 US Poker Open from Aria in Las Vegas.

The inaugural eight-event series will offer nine days of high-stakes tournament action, including both pot-limit Omaha and Mixed Game events, with buy-ins ranging from $10,000 to $50,000. Here’s a look at the US Poker Open schedule:

Fans can also tune into Poker Go over the summer for exclusive live streams for the 2018 World Series of Poker.

this news proves the expansion of poker in the world, poker is beginning to see what it really is (a sport) all thanks to the internet has made it easy to access any player anywhere in the world and during the 24 hours of day, I am sure that in the future many more television channels will join the expansion of poker, this creates and awakens the interest of more and more players around the world, the market is also voracious at the time of capturing more and more viewers , poker is the business of the future for some corporations

Now that so many tournaments will be in the schedule of NBC Sports, I can expect quite a good number of YouTube videoclips to appear as a result of NBC broadcasts.

And this is totally in favor of all players who would like to learn something from a televized tournament, or who just want to have fun watching the big sharks play.