NBA Playoff Betting: No Sure Thing, Despite Predictable Teams Headed to Finals

With conference finals getting underway, the NBA Playoffs are heating up. Las Vegas oddsmakers say your best bet is on the Golden State Warriors and/or the Cleveland Cavaliers, as these two teams look to be on a crash course to meet in the NBA Finals for the third straight year. 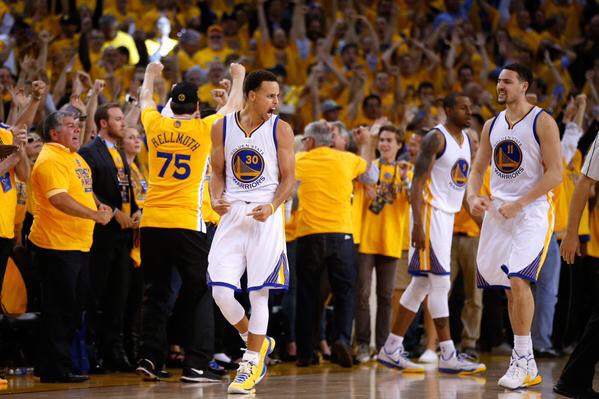 Phil Hellmuth is a season-ticket-holding Golden State Warriors fan who shows his support courtside for the team with the shortest odds of winning the 2017 NBA Championship. (Image: PhilHellmuth.com)

If would be quite the rubber match as these teams split the previous two titles. Golden State and the Cavs have pretty much dominated the NBA ever since LeBron James returned to Cleveland in 2014, and since then the rivalry has grown fiery.

Both teams are so far undefeated in the playoffs, 8-0. And they were both odds-on favorites to make it to the Finals before the playoffs even began. But first Golden State must beat the San Antonio Spurs in the Western Conference Finals, which begin today.

That’s no easy task, as San Antonio is a viable longshot, coming in at 15-to-1 odds of winning the championship. They’ve done it five times before, most recently in 2014. Tim Duncan may no longer be around, but his team keeps on winning. The Spurs posted a 61-21 record in the 2016-17, the second-best in the league.

The Cavaliers, meanwhile, play a waiting game. They won’t learn who’ll be their opponent in the Eastern Conference Finals until Monday night, after Game 7 between the Boston Celtics and Washington Wizards. But with these teams’ odds to be the last standing at 40-to-1 and 80-to-1, respectively, that part seems like just a formality.

Somebody’s Got to Lose

For my money, there’s no question the most talented team in the NBA is Golden State. But the same could have been said last year when the Warriors lost to the Cavaliers.

The Warriors are loaded in the backcourt with Klay Thompson and Steph Curry, two of the game’s most deadly perimeter weapons. And you shouldn’t forget about Kevin Durant, arguably the best player in the league. The supporting cast, including the versatile Draymond Green, make Golden State nearly impossible to defend.

But Cleveland also has a pair of indefensible stars in LeBron James and Kyrie Irving. The duo combined to average more than 50 points per game during the regular season. Adding to their arsenal is Kyle Korver, picked up from Atlanta before the February trade deadline. His presence on the perimeter has made James and Irving even more threatening.

Handicapping the remainder of the NBA Playoffs won’t be easy. Many think San Antonio at 15-to-1 odds is great value. Others contend mathematically, at 13-to-5, Cleveland is the team to bet (and beat). But others argue the Warriors are simply the best team and therefore a lock to win it all, making them the best bet even at unfavorable 1-to-3 odds.

Just don’t tell any of that to the Celtics or Wizards.