The Dallas Mavericks failed to make the NBA Playoffs this year, so guard Seth Curry, the injured brother of Golden State Warriors sharpshooter Steph Curry, has been getting his action on the felt recently, and played one of the sickest mid-stakes poker hands you’ll ever see on “Live at the Bike” on Wednesday. 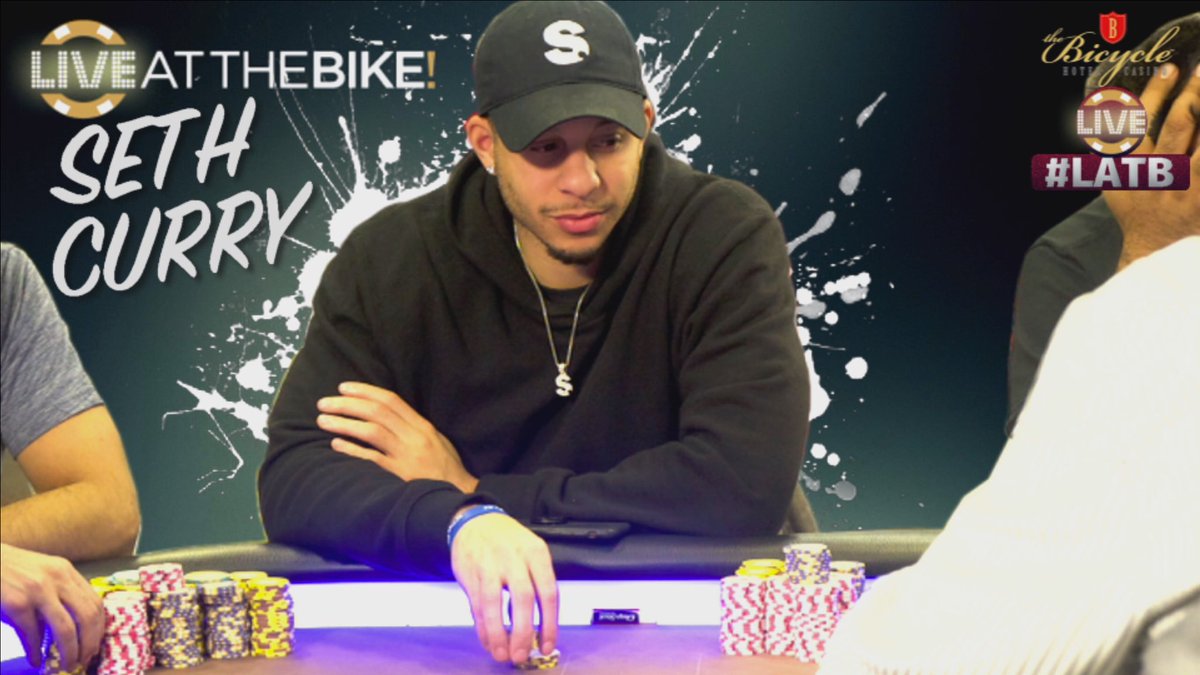 NBA star Seth Curry flopped the stone cold nuts in a hand on “Live at the Bike” and got plenty of action. (Image: Twitter)

A $5/$5/$10 no-limit hold’em cash game doesn’t typically turn into a high-stakes game, but that’s exactly what happened when the hoopster entered a seven-way pot to the flop at the Bicycle Casino in Los Angeles.

Ryan Feldman, the show’s producer and main commentator, opened under-the-gun to $50 with A♣9♣ and got six callers, creating a pot of $355 heading to the flop.

Hands in the Pot Headed to Flop

The flop came 3♦5♣4♦, giving three players a straight, and a straight flush draw to boot for Stark, who is a striking resemblance to the character Edward Delacroix in the hit 90s movie “The Green Mile.”

Edward, not the movie character, checked from the small blind, as did Ryan, the original raiser, and then Curry, who flopped the stone-cold nuts, opted to check. “The Bear,” who completed whiffed the flop, followed suit. The Delacroix look-a-like went for some value and bet out $200. Armenian Mike, a regular on Live at the Bike, holding the weakest straight, made the call.

An ambitious “LG” then decided to ship his $590 stack in the pot on an open-ended straight draw, not realizing he was only drawing to a chop with Curry. Phil, Mike, and the NBA shooting guard all made the call.

Action Gets Intense on Turn

With a bloated pot of $4,970 in the middle and three remaining players with plenty of chips behind, the K♠ hit on the turn, a meaningless card that neither improved nor harmed any player’s hand.

Curry led out on the turn by shipping his entire stack in the middle with the nuts. Stark, who had Curry well-covered and flush outs to boot, called. Then Armenian Mike, who had Stark covered with the largest stack, moved all-in and was called, creating a second side pot. After some discussion about running it twice or four times, all settled on S Dot’s preference to run it only once.

The 4♥ was a safe river card for Steph Curry’s younger brother and he shipped the main pot for $11,900, a ridiculous amount for a game at those stakes, but still pennies compared to his $3 million annual salary.

Stark didn’t end up in bad shape as he took down the second side pot against Armenian Mike for nearly $5,000. He nearly broke even for the hand, which isn’t a horrible outcome considering the situation.

Curry returned to the Bicycle Casino on Thursday evening for another cash game episode of “Live at the Bike,” this time to play the great game of pot-limit Omaha.

NOTE: This post has been updated to correct the action on the turn.

great hand, high straight already from the flop the perfect catch with two other opponents having straight as well !!!