At each stop, the Mid-States Poker Tour offers $250 qualifiers in which the top 20 percent of the field win a seat into the $1,100 Main Event. That’s how Nathan Trenkamp came to play the MSPT Meskwaki over the weekend, and it turned into a life-changing score. 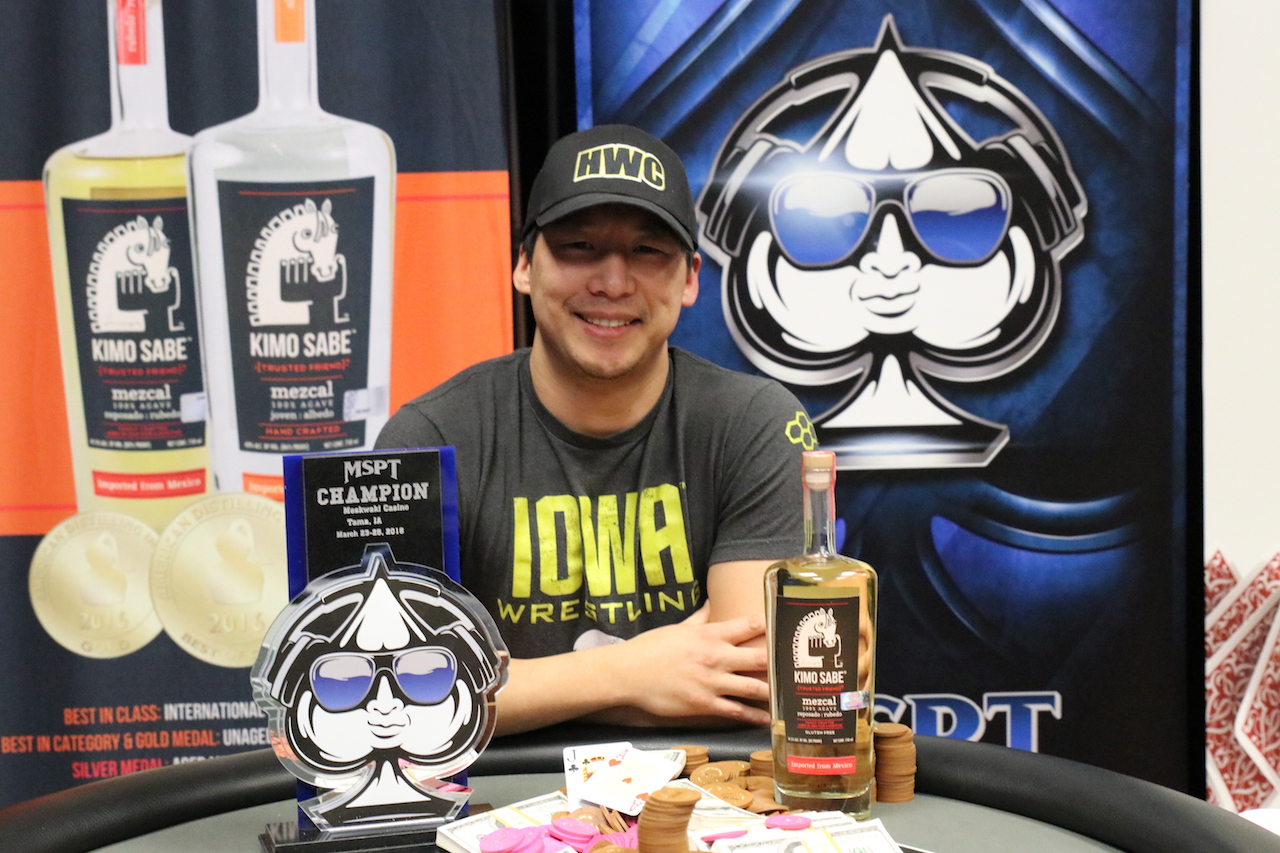 Nathan Trenkamp has a border collie/blue heeler mix at home named Sandor after the Game of Thrones character “The Hound.” (Image: MSPT)

Another player in action was Trenkamp, who only plays poker twice a month and usually just weekly events. In fact, his best score had been a modest $1,600 for winning a weekend $100 buy-in tournament at his local casino. That changed on Sunday when Trenkamp, who was playing his fourth MSPT event but notching his first cash, found himself at the MSPT Meskwaki final table competing for big money.

Trenkamp began the final table in the middle of the pack chip-wise and had to contend with some accomplished MSPT players including Ken Komberec and Blake Bohn.

Komberec, who won the MSPT Meskwaki in Season 7, busted first after running queens into Powell’s queens, and then Trenkamp dealt a big blow to Bohn, a two-time MSPT champ and Minnesota Poker Hall of Famer during five-handed play. It happened when Trenkamp three-bet all in with ace-nine suited and won a flip against Bohn’s pocket sevens.

Bohn busted shortly thereafter in fifth place for $22,004, which brought his lifetime earnings up to $2.7 million. That saw him leapfrog Poker Hall of Famer Lyle Berman on Minnesota’s all-time poker money list.

Trenkamp went on to battle Powell in heads-up play and claimed victory when the latter shoved holding the A♦8♣ and the former called with the A♥J♣. The board ran out 2♠5♣7♥A♠3♥ and Powell had to settle for second place and a $54,416 consolation prize.

“It hasn’t hit me yet,” Trenkamp said after the win. “This is incredibly awesome, way more than my previous win. I’m getting into real estate investment, so probably put some of th winnings in there. Maybe go on a vacation. Boring stuff.” 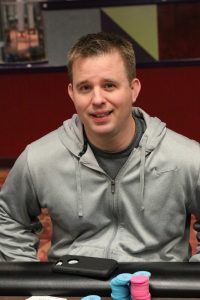 Ellis responded by moving all in for 525,000 and Rausch, who barely had him covered, made the call. Unfortunately for Rausch, the flop fell Q♣3♥2♦ and Ellis spiked a set. Neither the J♠ turn nor 2♠ river helped Rausch and he was left with crumbs before busting tow hands later.

Season 9 of the MSPT continues March 31 through April 8 at Potawatomi Casino in downtown Milwaukee, Wisconsin. The $1,100 buy-in, $300K GTD Main Event will take place the weekend of April 6-8.

Stories like this seem to be too good to be true, then you read the hands that he won with and realize that that he made the same choices in the hand that he won with that you make every day in the micro stakes. Great to see someone living the poker dream. I hope it translates into more success for him in the future!