As the recent government shutdown began to draw to a close, President Donald Trump didn’t seem to be left with many great options, politically speaking. According to FiveThirtyEight.com’s Nate Silver, that makes the commander-in-chief a lot like one of the fish in a low-stakes poker game. 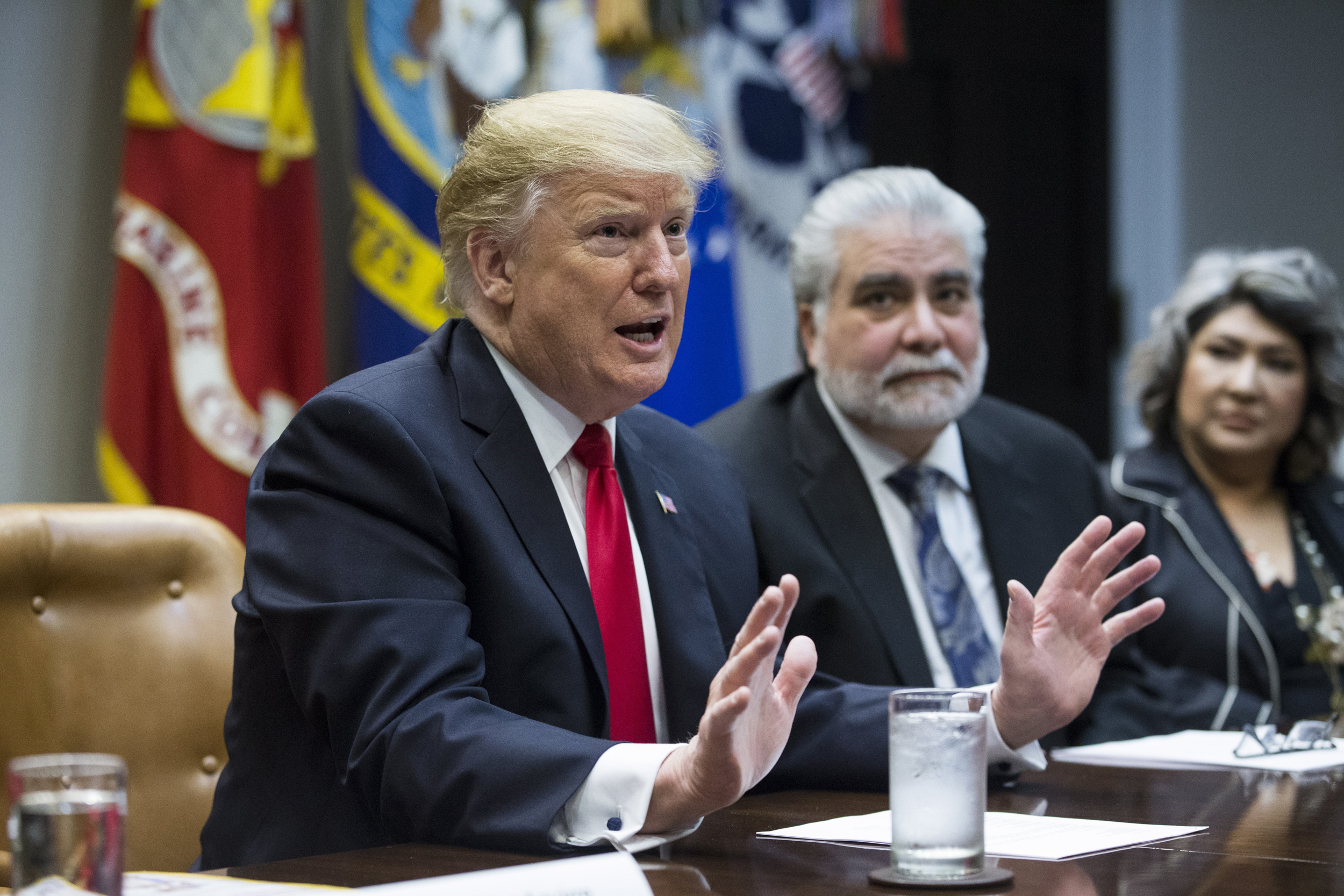 Nate Silver compared Donald Trump (left) to a poor poker player who gets himself into situations where there are no good choices to be made. (Image: Michael Reynolds/EPA)

In an article posted by Silver on Tuesday, the statistician compared Trump to a “terrible poker player,” using the recent shutdown saga as the primary example for the analogy.

Silver wasn’t referring to Trump’s politics or policy positions, nor was he specifically critiquing how the president may have been outmaneuvered by House Speaker Nancy Pelosi (D-California) in the border wall fight. Instead, he suggested that having that fight was in itself an example of how Trump has made poor strategic decisions when wielding the power of the presidency.

That’s where the poker analogy comes in. Silver wrote that one of the main strategic goals of poker is to put your opponents to more difficult decisions than you will face yourself – and that often starts well before those decisions ultimately have to be made.

Good players play in such a way as to avoid putting themselves to tough decisions,” Silver wrote. “Bad players, conversely, tend to paint themselves into corners. They’ll curse their luck when they suddenly realize that a hand they’d assumed was a winner might be no good. But more often than not, it reflects a mistake they made earlier in the hand, such as playing a weak hand that they should have folded to begin win.”

A Reluctant Fold in a Big Pot

It’s not hard to see how this idea could apply to Trump’s recent tangle with Democratic leaders, even if you disagree with the overall point. Silver points out that once the president entered into the shutdown, it quickly became apparent that there wasn’t a good exit strategy for him, at least in a political sense.

Both maintaining the shutdown and declaring a national emergency in order to build the wall were quite unpopular with the public, while reaching a deal probably would have required giving a lot to the Democrats, which may have been unacceptable to his base. That left agreeing to reopen the government without getting anything in return as the best of a host of bad options.

“The point is that all of Trump’s options stunk, and like in the case of a player who limped into the pot with 7-2 offsuit…and then got caught up in a huge pot with a bad hand, it was 100 percent Trump’s fault,” Silver wrote.

Silver did give Trump some praise though, in a way that suggested Trump probably wasn’t the worst player at the table. He noted that like some otherwise poor players, Trump does seem to be able to get good reads on many of his opponents, which has sometimes allowed him to make excellent tactical decisions that many other politicians wouldn’t have considered, such as his constant belittlement of his primary opponents.

Nate Silver is best known as the founder of FiveThirtyEight.com, which rose to prominence with its highly accurate projections of the 2008 presidential election. He had previously worked with Baseball Prospectus, where he developed PECOTA, a model that predicted the career paths of Major League Baseball players.

Trump himself has been no stranger to the world of poker. He lent his name to the Trump Taj Mahal – once considered the most prominent poker room on the east coast – for more than two decades, until the casino closed its doors in 2016.

The president is also prone to making poker analogies himself. Last May, he said that Chinese president Xi Jinping was a “world class poker player” in reference to how North Korean leader Kim Jong Un seemingly had a change in attitude towards the United States following a meeting with Xi. Even earlier, Trump had referred to dealing with North Korea as a “very, very hard game of poker.”

Nate Silver didn’t seem to have a keen understanding of politics or poker and I couldn’t help but find frivolity in the analogy.

Maybe Silver if I have a bit of reason in his comparison, but what I do not share is the way he generalizes when referring to the microlimite players as losers, since not all of them are because I believe that all of them at the time passed through those limits of game.