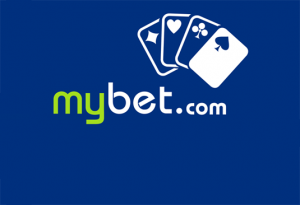 The Mybet.com online poker room is set to muck its cards, bag up its chips and head to the exit as of today. German sportsbook and casino operator Mybet announced this week that the poker room, a skin of the iPoker Network, would close on June 30th.

The company cited a change in strategic direction and the fact that the poker vertical had been performing poorly as the reason for the closure. In a presser this week, Mybet said all customers were being informed about the closure and of how to claim their balances.

Balances that are not withdrawn before the site goes offline will be automatically transferred to the main wallet of the casino and sportsbook. Meanwhile, outstanding frequent player points can be converted into cash until July 15.

“The Poker business contributed with only a minor share to our revenue and delivered virtually no contribution to the operating result of the group,” said Zeno Osskó, CEO of Mybet Holdings.

“In addition, we do not see a sufficient growth potential in this area to support the operational turnaround in the short term. From our point of view, continuing our poker offering was not expedient, especially in the light of the upcoming introduction of the new mybet platform.”

“Since 2014, the company is (sic) conducting a fundamental strategic reorientation. Key focus is the sports betting and casino games as well as the implementation of a new high-performance IT platform for the whole product range,” explained the release. “The introduction of the new platform is planned to take place between the middle of July and the beginning of August.”

The company has already delayed the integration of its new platform following a disappointing Q1 2016 performance. After reported losses of €8 million 2015, Mybet announced an 11 percent decline in Q1. Mybet said it was still in transition from key operational changes implemented in 2015 and that it was “playing catch-up” having lost player activity in core markets as a result.

Players on the Playtech-owned iPoker Network are unlikely to notice a dramatic drop in traffic on June 10. Mybet Poker was a small player on the 30-strong network, hence its demise.   ”It’s been a good time we had at Mybet Poker, but even good things sometimes come to an end,” said Mybet.