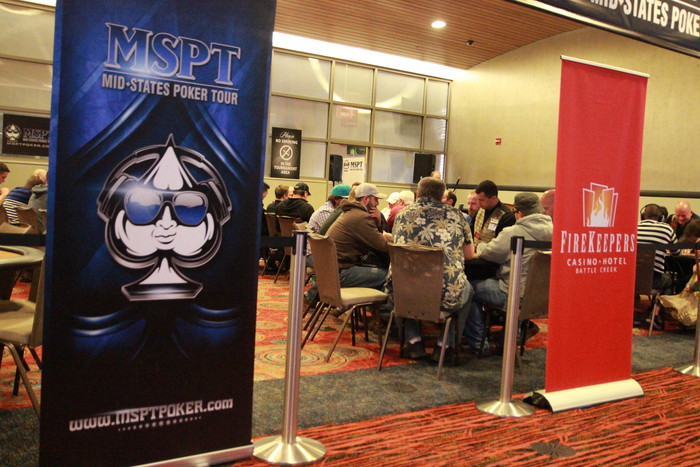 The Mid-States Poker Tour (MSPT) will be back at the FireKeepers Casino in Michigan, and at other venues across the country, beginning in September. (Image: MSPT)

The Mid-States Poker Tour (MSPT), for many in the Midwest (and even beyond), it’s a “must play” event series. Each season runs a calendar year, and some notable stops are coming up in September and October, which, hard as it is to believe with temps still in the triple digits in some parts of the country, is right around the corner.

For the second time in Season 7, the MSPT is headed to Ho-Chunk Gaming Wisconsin Dells in Baraboo, Wisconsin. From September 3-11, the MSPT will host a series of $65 and $250 qualifiers, culminating in a $1,100 buy-in, $200,000 guaranteed Main Event during the weekend of September 9-11.

The Main Event final table will be broadcast “live” (with a 15-minute delay) worldwide on msptpoker.com, using RFID technology, allowing viewers to see hole cards. The entirety of the Main Event will be live reported in the MSPT’s new live blog, which can be found on the MSPT site once the tournament begins. Players can find these via the neon green button that reads “Live Updates.” 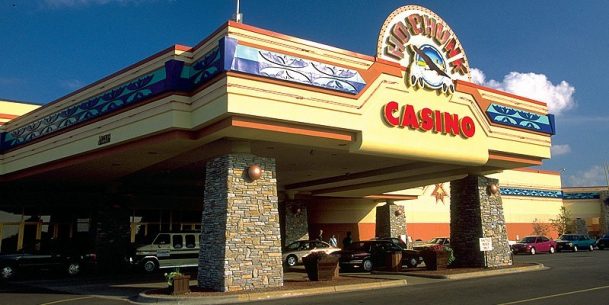 Wisconsin’s Ho-Chunk will be the kickoff casino for the fall season of the MSPT. (Image: ambassadortravelltd.com)

The tour last visited this property back in February, for the 2nd Annual Wisconsin State Poker Championship. That event attracted 489 entries, and more than doubled the $200k advertised guarantee. Andy Rubinberg emerged victorious to capture a $120,808 first-place prize.

18 and Up to Play MSPT Running Aces

Less than an hour north of the Twin Cities, Running Aces Casino has been a staple on the MSPT from the very beginning. From September 9-18, the tour will host a series of $65 and $250 qualifiers culminating in a $1,100 buy-in, $200,000 guaranteed Main Event that will run from September 16-18.

Back in April, cash game pro Luke Arora topped a field of 347 entrants at this same local for Mid-States, to capture an $83,773 first-place prize. He had to defeat MSPT Pro Matt Alexander in heads-up play to do it, too.

Anyone over the age of 18 can play in this event series. For a full look at the MSPT Running Aces schedule, click here.

From October 8-16, the MSPT will return to FireKeepers Casino in Battle Creek, Michigan for a second Season 7 stop, which this time, will be for the Michigan State Poker Championship. A series of $65 and $250 qualifiers will take place before the $1,100 buy-in, $300,000 guaranteed Main Event. There will also be three starting flights from Thursday, October 13 through Sunday, October 16.

The largest event in the tour’s history (outside of Las Vegas) took place back in May at this casino, with an unprecedented 820 entrants. That obliterated the $300,000 advertised guarantee by creating an $820,000 total prize pool.

May’s record-setting event was won by poker pro Aaron Massey, who took home $174,658 for his win. However, that was not the Michigan State Poker Championship, which is held just once a year. In 2015, Michael Ferraroti topped a field of 559 entries to win the title for $134,642, while Ryan Dykhouse bested a field of 517 entrants to win it for $124,500 in 2014, which was the inaugural Michigan State Poker Championship.

About the Mid-States Poker Tour

Now in its seventh season, the Mid-States Poker Tour (MSPT) has established itself as one of the nation’s premiere tournament series. While the majority of the stops take place in the Midwest, in states including Minnesota, Wisconsin, Iowa, Michigan, and Indiana, the MSPT also hold stops at specific and well-known venues. Those encompass The Venetian in Las Vegas, Golden Gates Casino in Colorado, and the bestbet Jacksonville, Florida, just to name a few.