Most Scandalous International Poker Player Crimes of 2016: A Tale of Three Cities

In 2016, poker player crimes around the world peppered the industry across several fronts. For all that poker has done to improve its public perception over the past decade, each year there are a small handful of sinners, swindlers, and sociopaths who show up in the news. Here’s our rogue’s gallery of the best and the brightest of those for the year. Be warned, it ain’t pretty. 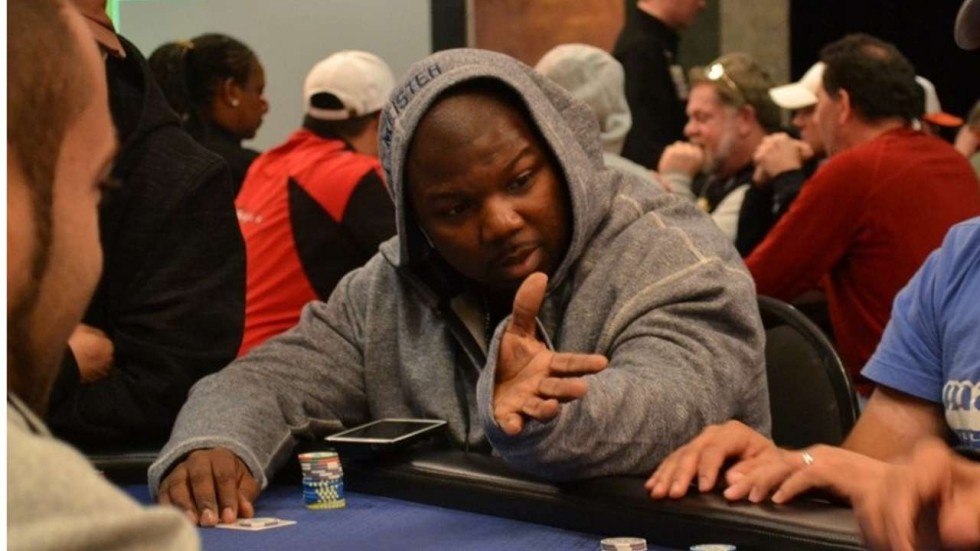 New York poker pro Travell Thomas did a major turnaround when he plead guilty to wire fraud in November. The 38-year-old now faces up to 15 1/2 years in prison, or a $31 million forfeiture. (Image: AP)

Woe to anyone who gets caught up in Black Friday prosecutor Preet Bharara’s net. Such was the case for Travell Thomas, who plead guilty in November to conspiring to commit wire fraud and actual wire fraud, and even broke down in tears in front of US District Judge Katherine Polk Failla as he exclaimed his mea culpa.

“I knew what I was doing was wrong, and [that it was] violating the law. I did it of my own free will,” a seemingly recalcitrant, or at least scared, Thomas told the court.

Thomas, who in 2011 and again in 2013 took home WSOP Circuit bracelets, stood accused by Bharara of running the “largest fraudulent debt-collecting scheme ever to be prosecuted.” While running the illegal operation, Thomas was accused of bullying, lying, and using psychological strong arm tactics to get debtors to pony up money he claimed was overdue, often demanding, falsely, far more than they owed if they didn’t want to be arrested.

“Thomas instructed his debt collectors to threaten, intimidate, and lie to their victims by overstating their debts and making false claims about what would happen to them if they didn’t pay up,” Bharara said in an issued presser.

Along with spending much of the dough on a lavish lifestyle while overseeing the scam, Thomas took part in a number of major tournaments, including WPT and WSOP events. The violations took place between 2010 and 2015, and the operation was headquartered in Buffalo, New York, the town from which Thomas also happens to hail.

In the end, Thomas plead guilty to a massive $31 million in illegal debt collections over the five years. The 38-year-old, who had originally accused Bharara of racial bias in the case, acquiesced to no challenge for any sentence that comes in under 15 1/2 years in prison, or alternatively to forfeit the $31 million at his February 2017 sentencing hearing.

Like a good Canadian Mountie, Bharara seems to always get his man, and on this poker hand, he far outplayed Thomas’ rather weak bluff.

Paris: Crime of the Century

High-stakes poker player, financier, and fraudster Arnaud Mimran found himself on trial for what the French media called “the Crime of the Century.” Mimran was accused of being the ring-leader of a gang that set up a complex web of shell companies and offshore accounts to exploit a gaping hole in the European Union’s emissions trading scheme. The tax fraud netted the group $345 million.

The gang left behind a web of intrigue so dense, it has yet to be fully untangled, but it possibly also included kidnap, several murders, and a failed attempt on the life of another high-stakes poker player and fraudster: Cyril “Le Frenchman” Mouly (remember him?).

Mimran, who once dated Paraguayan supermodel Claudia Galanti and used to hang out with Benyamin Netanyahu, was sentenced to eight years for fraud.

Meanwhile, in October, after a bomb was found in a backpack on the London Underground, police arrested a 19 year-old student, Damon Smith, and charged him with “making or owning an explosive substance with intent to injure or endanger lives.”

Smith was described by the press as a “poker fan” and a “successful player,” although the latter assertion is questionable. Members of the UK poker community posted on forums that they recalled him as an odd character who would turn up in card rooms with his mother and spoke in a “bizarre, high-pitched voice.”

Smith even posted “instructional” videos of himself playing online poker on YouTube, which proved he was, in fact, a terrible player. Not that this was the worst thing anyone had to say about him.