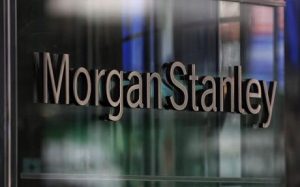 Though only currently implemented in three states, the online gambling market was thought to be the next big cash cow for the US. As profitable as overseas operations were, the feds swooped down and brought much of the cash flow to a halt.

Regulation on the state level was meant to fill that empty market, even if the process was slowly accepted. Many had high hopes for the nation’s online gambling market, but now some analysts are dialing back their previous expectations.

Financial services firm Morgan Stanley has lowered their estimate of the US Internet gambling market by 30 percent over the next three years. The Wall Street firm previously gave the market a worth of $5 billion in 2017. That number is now being forecast at around $3.5 billion.

Technical issues from sites’ launches are stated as a large factor in the lowered estimates. Geolocation technology is cited as a specific example of these issues.

Even with the estimate cut, Morgan Stanley remains slightly more optimistic about the market in the long run. In 2020, the firm estimates Internet gambling being an $8 billion market, compared to their previous estimate of $9.3 billion. That forecast represents a less steep drop of around 14 percent. These lowered estimates were given by the firm after closely following the first months of online operations in Delaware, Nevada and New Jersey.

Those technical issues were just as harsh to Morgan Stanley’s estimates for New Jersey. Originally seen as a market with the potential to make $541 million in revenue for the first year, the Garden State’s estimates have plummeted to $203 million – less than half of their original projections.

Geolocation software meant to ensure players were within the state lines has actually prevented some residents who live near the border from accessing regulated sites, although some of these issues have improved in the past few months. Troubles with payment processing options were also a factor. However, the firm feels that both of those issues will be ironed out; the re-entry of Neteller to the New Jersey market may be one way to get around declined credit card processing, for example. Despite that, monthly growth estimates for the state have gone from 20 percent down to 10 percent for the rest of the year.

While overall estimates may be down, it isn’t all such bad news. Global credit ratings and research group Fitch Ratings is holding firm on their $200 million forecast for New Jersey. More importantly, Fitch sees the recent interstate online poker agreement between Delaware and Nevada as an accelerant for further state-by-state regulation.

These lowered estimates come in on the heels of New Jersey advancing a bill that would let them enter into compacts with other states that could allow gambling online in the future. Similar to the agreement between Delaware and Nevada, this bill would declare any bets received in Atlantic City as being placed there, regardless of the player’s physical location. If online gambling is legal in the player’s location, it is allowed in Atlantic City. The bill will next be taken to the state’s Senate Budget and Appropriations Committee.

Both Morgan Stanley and Fitch Ratings agree that California is likely to regulate online gambling in 2014. Momentum for passing a bill in the Golden State has recently seen gains. Morgan Stanley looks to Illinois as another possibility, while Fitch targets Pennsylvania. Rumors of Colorado, Louisiana, Massachusetts, Mississippi and Ohio implementing regulation have gained traction as well, but Morgan Stanley doesn’t expect anything to happen with any of them this year.