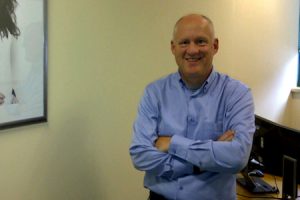 The last few weeks have seen PokerStars’ reputation take something of a battering and this weekend the issue of VIP changes came to the fore at EPT Prague.

With some of PokerStars’ top rakers currently trying to boost their bankroll at EPT Prague, the final table of the €50,000 ($55,000) Super High Roller was awash with familiar faces; however that’s not the only thing that was on display.

Unhappy with PokerStars’ recent decision to cut VIP benefits for Supernova and Supernova Elite players from the start of 2016, a number of players at the final table, including the eventual winner Steve O’Dwyer, wore t-shirts protesting the decision.

Following a similar strategy to the one Olivier Busquet employed when he wore a “Free Gaza” t-shirt at a final table during EPT Barcelona, the outspoken players sat in full view with the message “we are against the changes in the PokerStars VIP program” emblazoned across their chests.

The protest is a further display of discontent by the game’s leading players. At the start of December thousands of players deliberately “sat out” from PokerStars’ games for three days.

Despite being branded as “ineffective” by PokerStars’ Eric Hollreiser, the messages have continued to reverberate throughout the community.

In addition to the EPT Prague protest, Justin Bonomo kept the momentum flowing over the weekend by likening PokerStars’ actions to a crime.

“I paid $181,800 in rake to earn Supernova Elite this year. Yes I worked hard for it, but forget that. I’m talking about MONEY THAT I GAVE YOUR COMPANY. In return, I was promised benefits for next year. If you don’t want to honor them, then you owe me the money I gave you. Cutting over $42,000 from your promise/our exchange is not a failure in communication, IT IS THEFT,” tweeted Bonomo.

An Apology But No Changes

The spat between PokerStars and its high raking players looks likely to continue well into the New Year, but Lee Jones moved to address the concerns in an interview with Pokernews over the weekend.

Speaking to Sarah Herring, Jones issued an official apology for a “communication error” but stopped short of saying that PokerStars would be reversing its decision. In fact, he made a point of saying that the company had actually delayed the reduction in VIP rewards by 12 months in an effort to help players.

“We can’t afford to pay for a communication failure by stopping the absolutely necessary changes that we’re making to the VIP program. At some point you can only say sorry so many times and in so many different ways,” said Jones.

so in short: PokerStars promised something significant if a player played enough on their site. now they are not honoring their promise to the few that accomplished this feat…this tells me, a lonely small stakes player, that PokerStars can not be trusted in the future…in life: you can’t trust anyone when is comes to big money; those you can trust are the only ones worth holding on to. thank you for this article Daniel Smyth. hopefully there will be another article if this gets overturned.