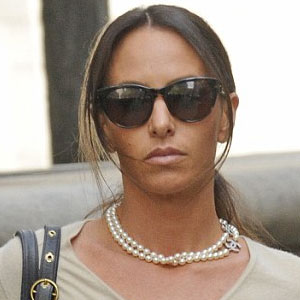 Molly Bloom the “Poker Princess” has pled guilty after being charged with running illegal poker games for celebrities and other clients in New York City.

Molly Bloom the “Poker Princess” recently pled guilty to charges of running illegal high-stakes poker games at The Plaza Hotel in New York City. Participants of these games included Hollywood celebrities and millionaires from Wall Street, the type of clients Bloom is known to work with.

These charges first originated in April when the FBI’s Eurasian Organized Crime Squad carried out search warrants in Los Angeles, Miami, New York City and Philadelphia. The warrants were made to root out possible connections an illegal gambling ring had with Russian organized crime. And when the Russian mob might be even remotely involved, the hammer comes down hard.

Bloom was just one of 34 people indicted on those charges where the investigation led to high-stakes poker dens and sports betting being done offshore. Other big names in the poker world were also charged including Vadim Trincher, John Hanson, Peter Feldman, Abe Mosseri and Bill Edler. Alimzhan Tokhtakhounov was indicted and named as a leader of the Taiwanchik-Trincher Organization, an organized crime group that operated in the United States and throughout the world.

Out of all the defendants, 24 have pled guilty including television producer Bryan Zuriff and poker pro Justin Smith. A man named Helly Nahmad, an art dealer at the Carlyle Hotel in Manhattan, pleaded guilty as well. Not only was his gallery raided but he was charged with helping finance a multimillion dollar gambling ring.

The Princess and the Plea

Bloom admitted in court that she took a rake from each pot of the poker games she was running, an illegal activity in New York. With the wealthy status of the games’ participants, pots for these games would reach tens of thousands of dollars easily, making Bloom’s take even better. Because of the charges, she was facing at least five years in prison. However, as a result of the plea deal, she will serve probation or up to six months in prison. As another part of the plea, Bloom forfeited $125,000. Sentencing will take place on April 30, 2014.

“Poker Princess” Bloom received the title based on her skills at organizing poker games for celebrities. Those rumored to take part in Bloom’s games were Ben Affleck, Matt Damon, Leonardo DiCaprio, Tobey Maguire and Alex Rodriguez. Having her name in the news will likely raise the profile of a memoir Bloom will soon release. Publisher It Books said the book will talk about those star-studded high-stakes games Bloom arranged that went on for seven years and took place in many of the cities the FBI investigated. The question is, will Bloom’s guilty plea get its own chapter in her book?

Learn what not to do in poker games