Mafia boss Nicola Femia has been sentenced to 26 years in prison after a judge found him guilty of running an illegal online poker and casino operation. 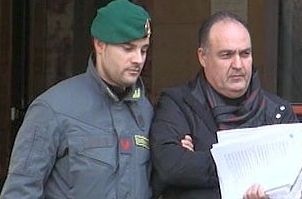 Nicola Femia, an Italian with links to the mafia, has been jailed for running an illegal online poker network. (Image: gazzettadimodena.gelocal.it)

Back in 2013 when Femia was originally arrested, the Italian’s wrap sheet read like something out of a Hollywood gangster movie.

Italy’s Emilia-Romagna region isn’t typically associated with the mafia, but Femia’s operation saw accomplices on both sides of the law become linked to the famous crime syndicate.

Following an investigation by Gazzetta di Modena journalist Giovanni Tizian, the man known as Rocco was arrested along with 28 other people allegedly connected to the operation.

Rigged Slots Bring the House Down

Local tax police were given the green light to pounce on Femia when they linked him to 1,500 rigged slot machines in the region.

Investigations then showed Femia had contacts in Romania and London, as well as three police officers helping him run a series of online poker and casino sites.

Hosted in the UK and Romania but offering unlicensed poker and casino games to players in Italy, the websites were made available to players via the same venues where the rigged slots were housed. Although traffic stats for his sites, one of which was titled 888Suite.com, aren’t available, Femia’s London-based partner Massimiliano Rizzo was collecting $25,000 each month.

For his part in the scheme, Rizzo was sentenced to three years in prison for conspiracy to organize fraudulent online gambling. As for Femia, his son Nicola Rocco and his daughter, Guendalina, the sentence was a lot stiffer.

Following a trial that took more than three years to complete, a court in Bologna not only found the Femia family guilty of running an online gambling empire worth a suspected $65 million, but having ties to the Ndrangheta mafia. On top of these charges, journalist Tizian also claimed the mob boss threatened his life.

After learning of Tizian’s investigation, Femia reportedly threatened to “shoot his mouth off” if he didn’t stop writing about his business. Tizian successfully sued Femia and was awarded $52,900 in compensation. This case was taken into account during Femia’s online gambling trial and, subsequently, used to set his custodial sentence at 26 years and 10 months.

For their part in the operation, Nicola Rocco was sentenced to 15 years in prison, while his sister will spend the next 10 years and 10 months behind bars.

In total, the Femia family will be staring at the walls of three separate prison cells for a total of 52 years and eight months.

Man Convicted Of Not Paying Off The Proper Authorities, Gets 15 Years In Prison.