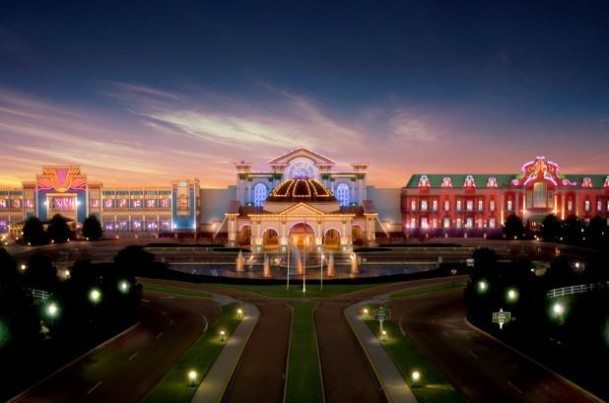 Mississippi is known for its casinos, such as Harrah’s Tunica (shown here), but it’s unlikely to regulate online poker anytime soon. (Image: mississippi.com)

Mississippi has seen online poker bills come and go in three of the last four years, none of which have come anywhere close to being passed into law.

Now, one prominent lawmaker in the state says that fans of the game shouldn’t expect to fire up their computers to play on the virtual felt any time soon.

That word came from state Representative Richard Bennett (R-Long Beach), who serves as the chairman of the House Gaming Committee. In that role, Bennett has a fair amount of control over what kinds of bills will see action when it comes to gambling-related topics, as well as a pretty firm handle on what legislators are showing interest in.

“In Mississppi right now, it’s just too early for us to look at going to Internet gaming,” Bennett told the Sun Herald.

He noted that about half of all people in Mississippi don’t own a computer or have easy Internet access (other statistics list ownership higher, but still place Mississippi last in the nation), which would limit the potential size of an interstate online gambling market before it even kicks off. Combine that with the generally disappointing numbers in states that have regulated online poker, and that has meant there isn’t much interest in taking a serious look at Internet gambling in the state as of yet.

“We’re a state that’s going to stay back and watch,” Bennett said.

That take might come as a disappointment for lawmakers like state Representative Bobby Moak (D-Bogue Chitto) who have been pushing for online poker in Mississippi. Moak has introduced Internet poker legislation three times, though the bills never went very far on any of these occasions.

Moak even told PokerNews earlier this year that he wasn’t surprised that his bill died in committee yet again in 2015, saying that he hoped there would be a real chance for movement in 2016 instead.

Lottery, Sports Betting Could Be Options

But Bennett’s comments would suggest that even next year may be too soon for online poker in the state. On the other hand, other types of expanded gambling might have a better chance.

For instance, Bennett said that it might be time to consider some sort of lottery for Mississippi. While state residents voted in favor of a lottery in 1992, and the legislature later changed the state’s constitution to allow for lotteries, Mississippi is still one of only five states not to offer such games of chance.

Because all of the other states in the region already have lotteries, Bennett says that a lottery wouldn’t pull money in from over state lines, but it might keep gamblers in the state from traveling to buy tickets. There’s also a concern that many towns may not want a lottery available locally, so tickets might be available only at casinos in the state.

With those restrictions, Bennett said that it might make more sense to see if Mississippi could join into the multi-state Powerball lottery, rather than start one of their own.

“I don’t know if there’s an appetite with leadership, but I do think there’s support in the Legislature,” Bennett said.

Another possibility for the state would be sports betting. While any move would likely have to wait until after the outcome of New Jersey’s sports betting case, which is currently being heard by the 3rd Circuit Court, a win for New Jersey could see Mississippi become one of several states which would try to quickly follow them in legalizing and regulating that genre of gambling.