A Mississippi daily fantasy sports (DFS) law was signed into action on Monday by Governor Phil Bryant, making the Magnolia State the first of 2017 to pass such legislation this year. It likely won’t be the last. 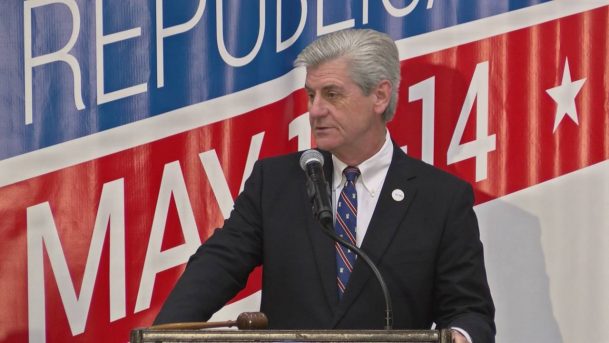 The state legislature approved the bill earlier this month and sent it over to the governor for a signature. House Bill 967 is a permanent measure. Last year, the state passed a temporary provision with similar language, but that bill had expired.

HB 967 now allows DFS site operators to apply for licensing in Mississippi. The three-year license costs a relatively inexpensive $5,000, and the state will be able to conduct annual audits, as well as the de rigueur background checks, on potential operators.

Major industry players DraftKings and FanDuel will undoubtedly be on board as soon as possible. It was only last November that the two DFS giants were rumored to be merging, but since then, it’s been crickets as far as any forward movement on that front. A recent article in Forbes suggested the stall could be due to anti-trust issues that haven’t been resolved.

Once a license is approved, DFS operators must pay the fee and follow strict rules. An eight percent revenue tax must be paid each year. Employees of a DFS site cannot legally compete in contests. This provision was put in place to prevent collusion and rigged outcomes.

All competitors must be at least 18 years of age. Minors cannot legally play, even though DFS isn’t technically considered a form of gambling in Mississippi.

Operators must take precautions to ensure the legitimacy of each contest. For example, the bill states a DFS site must “disclose the number of entries that a player may submit to each fantasy contest and provide reasonable steps to prevent players from submitting more than the allowable number.”

The bill was drafted to generate revenue for the state, to protect residents from being taken advantage of, and to prevent minors from competing in daily fantasy sports contests. HB 967 goes into effect immediately.

But What About Online Poker?

While DFS bills seem to be making their way through state legislatures with relative ease, online poker measures continue to hit brick walls. Many players are becoming frustrated with this turn of events (or lack thereof). Why is poker struggling for legitimacy, where DFS is not?

In many cases, it’s the old “luck versus skill” debate that has held internet poker passage back. Is poker a game of skill? To some politicians, the answer is no. DFS games, on the other hand, are almost universally considered skill-based. That doesn’t mean poker doesn’t require as much skill as DFS. But the only people whose opinion on the issue matters when it comes to passing legislation are politicians.

There are currently three states with licensed and regulated online poker sites: Nevada, New Jersey, and Delaware. Two other states appear to be on the brink of passing legislation. Internet poker bills in New York and Pennsylvania are building up traction early in the year. That is, at the very least, a positive step forward for the poker community.