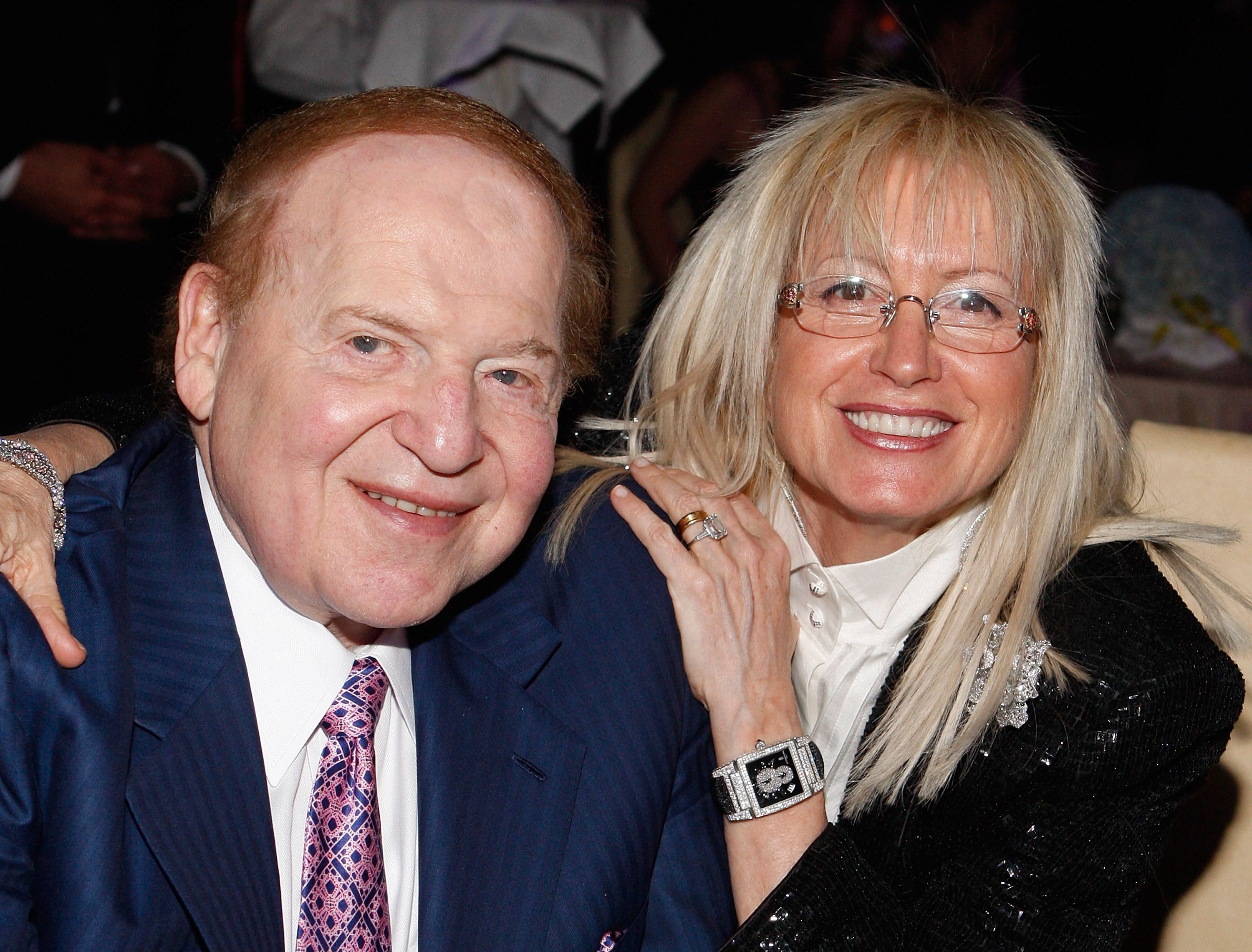 The Medal of Freedom is awarded to those who make an “especially meritorious contribution to the security or national interests of the United States, world peace, cultural or other significant public or private endeavors.” It is the highest honor available to US civilians.

Adelson, an Israeli-American physician, scientist, and philanthropist, joins six others who will receive their medals from Trump at a ceremony at the White House on Friday.

Not surprisingly, the living recipients were all big Trump supporters, and the deceased seem to be All-American icons.

The Adelsons have long been one of the biggest GOP donors, and reportedly contributed roughly $113 million to 2018 midterm campaign efforts.

Retiring Sen. Orrin Hatch (R-Utah) is another recipient who has certainly been one of the President’s greatest cheerleaders in Washington DC. He will be honored along with the late Supreme Court Justice Antonin Scalia, who has become something of a conservative hero on par with Ronald Reagan.

Many poker players likely scoff at her receiving such a high honor, and they are not alone as many others who could care less about Miriam Adelson’s relationship to the biggest enemy of online poker. And certainly most Democrats will disagree because, well, they don’t like anything Trump does.

But Adelson, 73, has done more in her life than support her husband’s fight against online poker. She founded drug abuse treatment clinics in Israel and Las Vegas. While many just stamp their name on a substance abuse facility for publicity, she is known to be hands-on with patients.

In 2007, she was awarded an honorary doctorate at Tel Aviv University for her vocal support of Israel.

About Presidential Medal of Freedom

A sitting president has been able to bestow the honor on any number of recipients since 1963. The recently selected honorees are the first chosen by President Trump.

Barack Obama handed out more medals than any other president (123), surpassing Ronald Reagan (102). While Trump appears to have given a hat tip to his base this year, Obama did the same during his tenure in the White House.

Obama awarded many Hollywood celebrities such as Tom Hanks and Ellen DeGeneres who helped shape his vision for America. He surprised his vice president, Joe Biden, with the award in 2016, his final year in office.

Obama was also just the fifth president to award a past president with the Presidential Medal of Honor. In 2011, he honored George H.W. Bush and two years later selected Bill Clinton.

According to the MIT launched Pantheon program, which maps the cultural historical production of every person known to have been born since 4000 BC, the only
American born since independence who is ranked higher than Elvis Presley is already a recipient. So, the choice was perfect, as Presley is today, forty one years after passing away, in more than 200 countries and territories and in as many languages, the 2nd most celebrated, read about, spoken of, analyzed, heard, and discussed PERSON to have ever been born in the United States. And it doesnt take a genious to realize this award to him comes at least 55 years late.