The MSPT hosted its final Season 8 stop at Meskwaki Casino in Tama, Iowa, over the weekend. The $1,100 buy-in Main Event drew 424 entries and saw 30-year-old Max Havlish walk away with the top prize of $90,152. 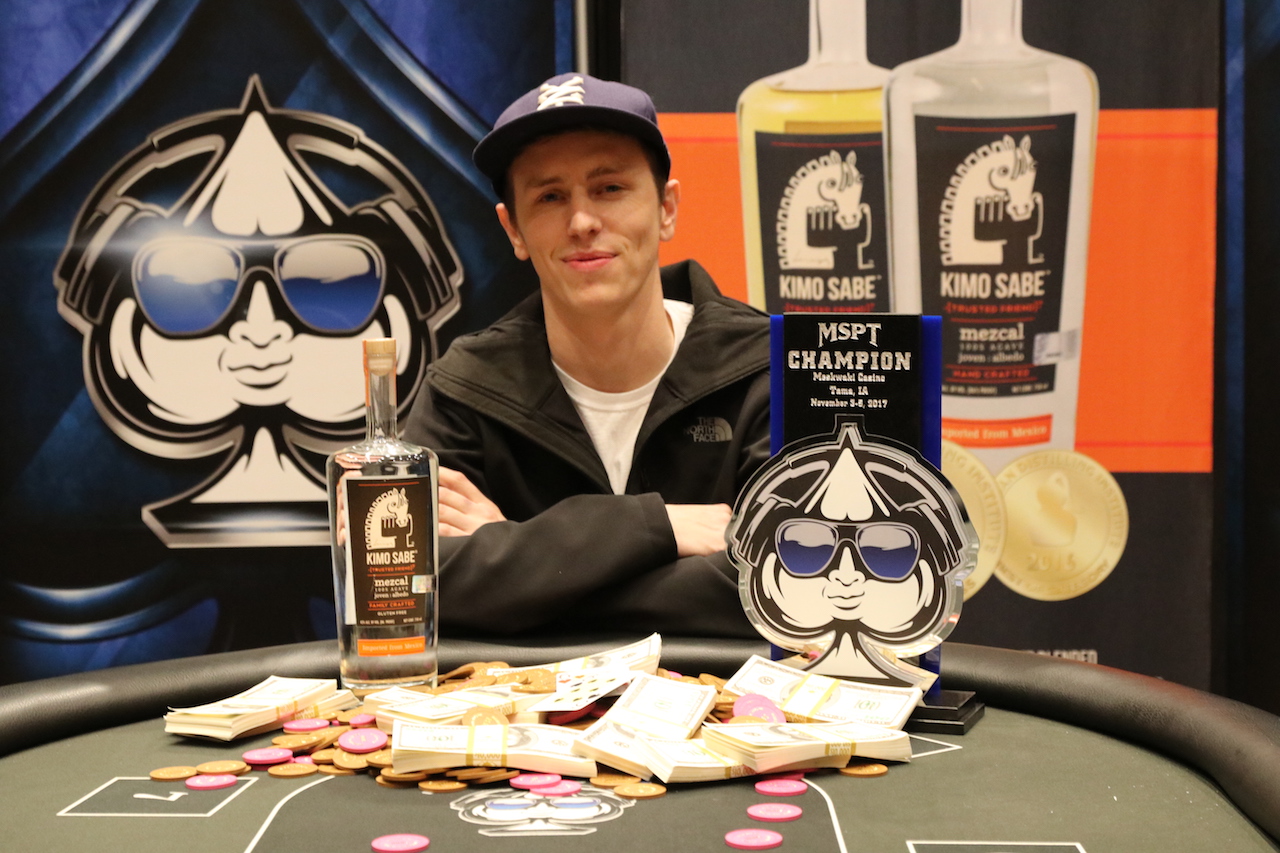 Max Havlish plans to use some of his winnings to take his girlfriend on a vacation, though he’ll leave it up to her to decide where they go. (Image: MSPT)

Prior to the win, Max Havlish had just one MSPT cash when he finished ninth out of 3,273 entries for $41,698 in this past summer’s MSPT Venetian.

“I feel great,” Havlish told MSPT officials after the win. “It’s about time. I’ve been working hard at it for a long time, so it’s nice to finally take one down. I was happy to get ninth in Vegas, I was happy how I played, but it was nice to redeem myself.”

Max Havlish, who fired two bullets into the tournament, took an 8-1 chip lead into heads-up play against Victor Hoffman. After just a few hands, Havlish moved all in from the button with the 6♥6♠ and Hoffman called off his last seven big blinds with the 3♠3♣.

For the win, Havlish earned 1,500 points on the Kimo Sabe Mezcal MSPT Season 8 Player of the Year leaderboard. Along with the 1,100 he earned in Vegas, that gave him 2,600 points and put him in fourth place with only three stops left in the year.

Day 2 saw 83 players return to action, but with only 45 of them slated to get paid, nearly half left empty handed including World Series of Poker bracelet winner John Reading and bubble boy Chris Durant.

At the final table, there were three former MSPT champs seeking their second titles. Unfortunately, they all came up short beginning with MSPT Season 5 Ho-Chunk champ Jason Sell, who shoved with king-queen and ran into the ace-queen of fellow MSPT champ Dan “DQ” Hendrickson, who won the MSPT Season 6 Canterbury Park finale.

Not long after, MSPT Season 5 Running Aces winner Ken Pates moved all in for less than ten bigs with pocket threes and Hoffman called with king-queen from the big blind.

That left Hendrickson as the last MSPT champ left in the field, but he was the victim of a cooler after picking up pocket kings only to run them smack dab into the aces of 2017 Minnesota State Poker champ Jon Hanner. The chips went in preflop and Hendrickson, nicknamed “DQ” for his Dairy Queens franchises, wound up exiting sixth place.

The MSPT continues Thursday with the start of the $1,100 buy-in, $200K GTD Denver Poker Open at Golden Gates Casino in Black Hawk, Colorado. The weekend after that, the tour heads to Milwaukee, Wisconsin, for the $1,100 buy-in 2017 MSPT Wisconsin State Poker Championship.