Over the weekend, the Mid-States Poker Tour (MSPT) wrapped up its record-breaking Season 8 at Canterbury Park. It was there that MSPT President Bryan Mileski was inducted into the Minnesota Poker Hall of Fame (MN PHoF). 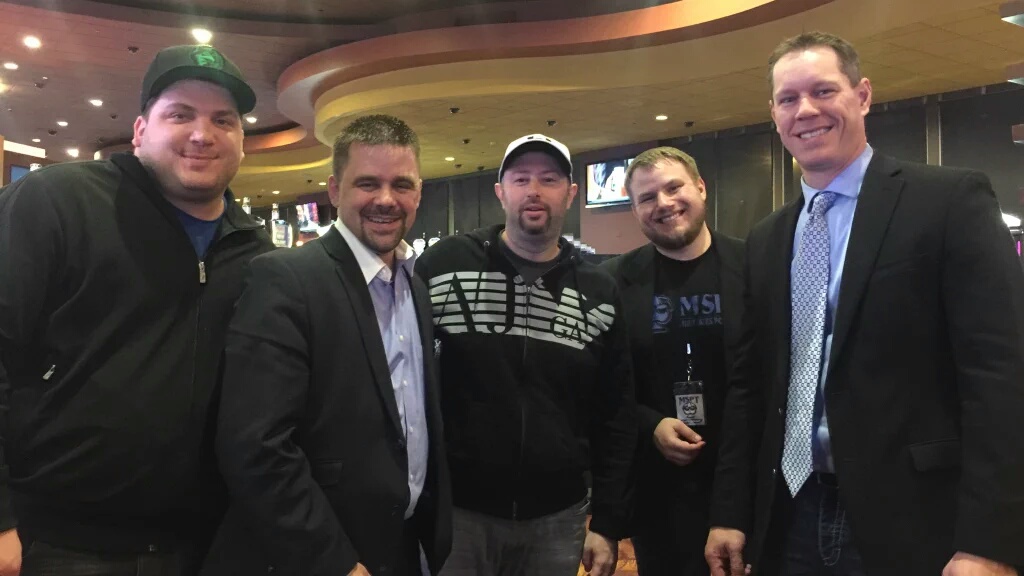 “The nominee must have significantly contributed to the overall growth and success of the game of poker in Minnesota.”

Bryan Mileski, who hails from Lakeville, MN, established the Minnesota State Poker Tour in 2009 and complemented it with Minnesota Poker Magazine. A couple of years later, and after eight events in the North Star State, the tour spilled over state lines and morphed into the Mid-States Poker Tour. Since its inception, the tour has hosted 114 Main Events and awarded more than $52.6 million in prize money.

“I’m extremely honored to be inducted into the MN PHoF, but I couldn’t have done it without the help of a great team including Eric Anderson and Brandon Temple,” Mileski told CardsChat. “Likewise, I wouldn’t be here without the support of several awesome people, including Matt Alexander, Blake Bohn and Matt Kirby.

“I also want to give a big thank you to Canterbury Park and Running Aces Casino for believing in a random dude like me,” Mileski added.

Since 2009, Mileski and company have hosted 35 major tournaments ($1,100 buy-in) in Minnesota, including 14 at Canterbury Park, 11 at Running Aces Harness Park, four at Northern Lights Casino, three at Grand Casino Mille Lacs, and one each at Treasure Island Resort & Casino, Grand Casino Hinckley, and Jackpot Junction.

As a player, Mileski is no slouch either. He’s amassed $101,629 in live tournament earnings, as well as six figures playing online prior to 2011.

Earlier this year, the MSPT set several Minnesota state records, beginning with April’s $1,100 Main Event at Canterbury Park. That tournament, which was won by Mark Wadekamper for $110,220, drew 475 entries and became the largest major poker tournament ($1K+ buy-in) in state history. That record fell this past weekend when the same tournament drew 493 entries.

In August, the MSPT held its first-ever $350 Regional Event at Canterbury Park and it set the record for largest poker tournament in Minnesota, with 1,169 entrants in just four flights. The previous record was 1,114 set in eight flights at Canterbury’s 2015 $115 buy-in Ultimate $100K.

While the MSPT now hosts stops across the country, the tour will return to Minnesota five times in 2018. Season 8 will feature five Canterbury Park events, including the return of the $350 Regional Event, as well four $1,100 Main Events, with next December’s Season 9 finale featuring a $500,000 guarantee.

NICE:) You got a great organization. Looking forward to your next trip down south.