Doug Polk’s Twitter is never boring, and this week was no exception as the former poker pro, who claims to be retired, welcomed the idea of a bracelet bet or Player of the Year (POY) points race at this year’s World Series Of Poker against Tom “Durrr” Dwan. 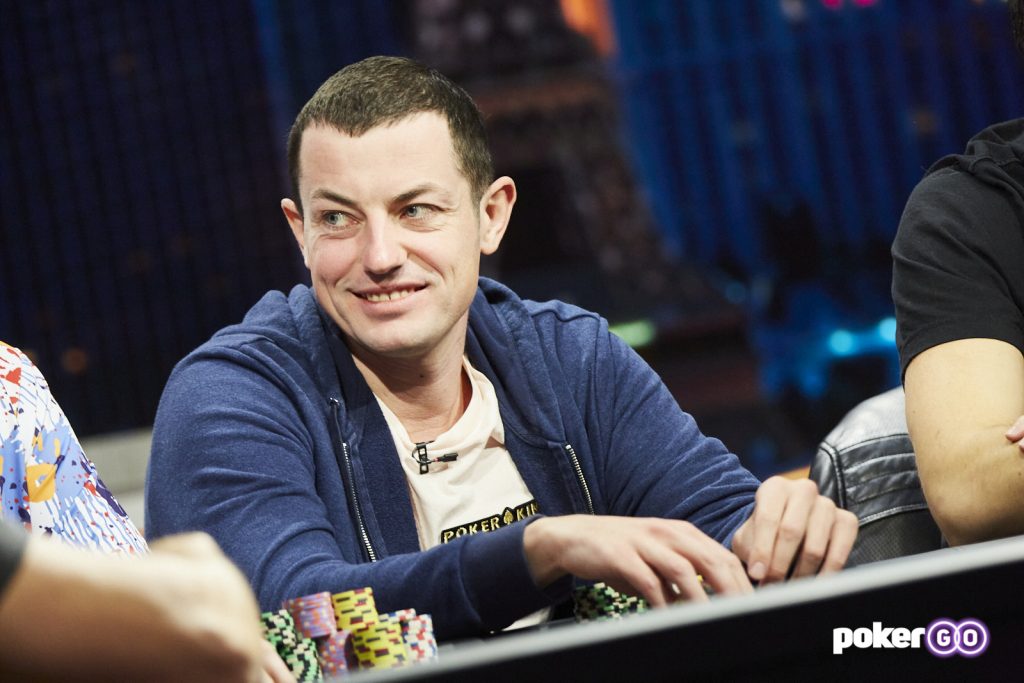 Tom Dwan, seen here in an episode of High Stakes Duel, has been challenged to a WSOP bracelet or Player of the Year bet by Doug Polk. (Image: PokerGO)

The idea was first floated by well-known pro Shaun Deeb, who is never shy on Twitter. Polk has been very critical of Dwan in the past and, apparently, Deeb thought the retired pro and YouTube personality had taken things too far.

What I wouldn’t give for a @TomDwan vs @DougPolkVids Wsop poy/bracelet bet this year I’d bet my roll on Tom. Think Doug was way too harsh on Tom I’ve been very impressed in multiple games by Tom’s skill and logic over the years

Polk embraced the idea and expressed an interest in making a bet happen for a million dollars using either a straight bracelet bet for the WSOP or, possibly, for the most Player of the Year points. Polk even took another shot at Dwan by noting that he thought maybe Dwan couldn’t afford the whole million and might need fans or rich Asian businessmen to put up half the money.

Maybe Tom can bet 500k and the fans or rich Asian businessmen can finance the rest.#DrawingDead https://t.co/J4oAYg01Sk

This set off a storm of questions and replies from the followers of all three pros, with lots of opinions on all sides. Polk has claimed that he is retired from serious poker, but given how active he is in the world of poker streaming and YouTube, many have assumed we would see him back at the tables at some point. Before his retirement, Polk was considered one of the best heads-up players in the world.

Polk has been critical of Dwan on a number of occasions in the past. He has attacked Dwan on his YouTube broadcasts for failing to complete his Durrr Challenge match against Dan “Jungleman’ Cates, a match where Durrr is down significantly and would owe an extra 1.5 million dollars if he finishes the match down at least one dollar.

Polk also insinuated that Durr was the player referred to in a statement from noted sports bettor and high-stakes poker player Haralabos Voulgaris that a “former NVG superhero” owed him millions and wasn’t paying up. Polk even used the word scammer to refer to Dwan in the headlines of his YouTube channel.

The two did play a heads-up match a few years back, which Polk won when Dwan was mostly card dead, and the two were cordial during the match. Since then, Polk has continued to attack Dwan and it appears that Deeb had heard enough when he made his tweet.

Most of the high-stakes poker world would assume Deeb would be a big favorite in a bracelet or POY bet against either player, and Deeb seemed to think so too when he suggested that he and others should join the bet at a million dollars each. Could it be that Deeb is just angling to get a massive bracelet bet going, knowing that he would be a big favorite and that he’s planning to play a big schedule at this year’s WSOP?

Also if this goes down any chance we can let others hop in I’m sure myself dnegs dan zack east and a few others want in would be sick with 10+ people https://t.co/cls9pbpbJC

Dwan hasn’t responded to either Polk or Deeb as of this writing. Still, the high-stakes cash game player, famous for his wild and fearlessly aggressive style, has been on a number of high-profile broadcasts recently, but has made almost no public statements. He’s not usually active on Twitter, with his last tweet coming nearly two months ago. He has never spoken publicly about the debt to Voulgaris and has rarely responded to Polk’s attacks.

We would all love to see millions on the line in a huge bracelet bet, but whether Dwan will have any interest, or if he will simply stick with the ultra-high-stakes cash games for the series is tough to predict. Certainly, seeing Polk and Dwan back at the WSOP for a large number of events would make for some excellent drama, and we know Deeb is hoping for just that.