Milen Stefanov stepped off the final table at the Seminole Rock ‘N’ Roll Poker Open a WPT champion on Wednesday night in Hollywood, Florida. The Bulgarian cashed in his first World Poker Tour event, a payday that netted him $545,070. 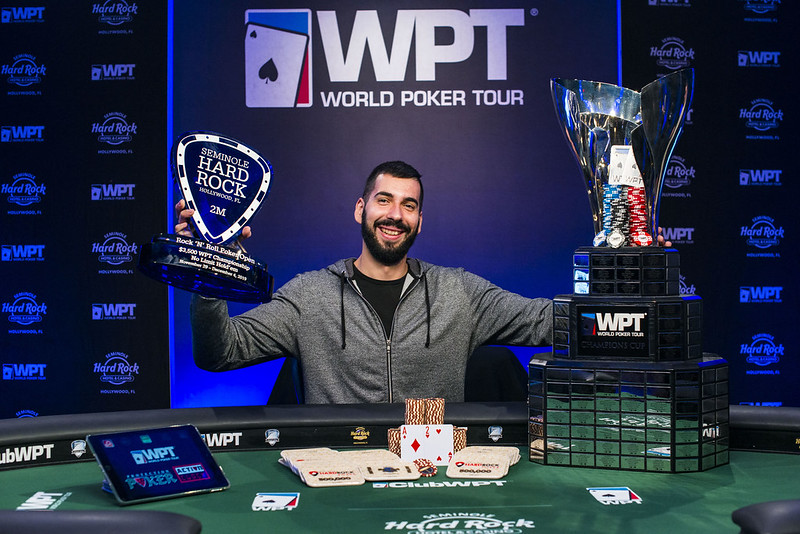 Stefanov was the last player standing in one of the biggest annual events in South Florida. Just under 1,000 players – 988 to be exact – entered this popular WPT tournament. That included some local crushers such as Jason Mercier. But a player who hadn’t previously won a “major” tournament came out victorious.

If you know how to play a big stack, you’ll be a threat to win any tournament if you can run up a stack. Milen Stefanov entered Day Four at the Seminole Rock ‘N’ Roll Poker Showdown with the fourth largest stack on Tuesday. He continued his impressive play yesterday, putting himself in great position for Wednesday’s final table.

Stefanov bagged the chip lead last night. He squandered that lead on Day Five but battled back, and got a bit lucky in the process, to take down the tournament.

The new WPT champion won one of the sickest bad beats of the tournament against Francis Anderson on Day our Both players went all-in pre-flop with A-K off-suit, the pot over 7 million chips. Approximately 98-percent of the time, this hand would end in a chop. But not this time. Four hearts ran out on the board and Milen Stefanov held the ace of hearts to win his most crucial hand prior to the final table.

To make matters worse for Anderson, on the fourth hand at the final table, Stefanov beat him in a race with pocket sevens holding against K-Q. He was eliminated in sixth place for $111,895.

Luck aside, Stefanov did a solid job consistently building an maintaining his stack the final few days of the tournament. And it all paid off in the end with an impressive victory, his first on the World Poker Tour.