Mike Matusow wasn’t dubbed “The Mouth” for nothing. The always-outspoken poker pro has been living up to that moniker on Twitter recently, including a debate with billionaire businessman and reality TV star Mark Cuban. 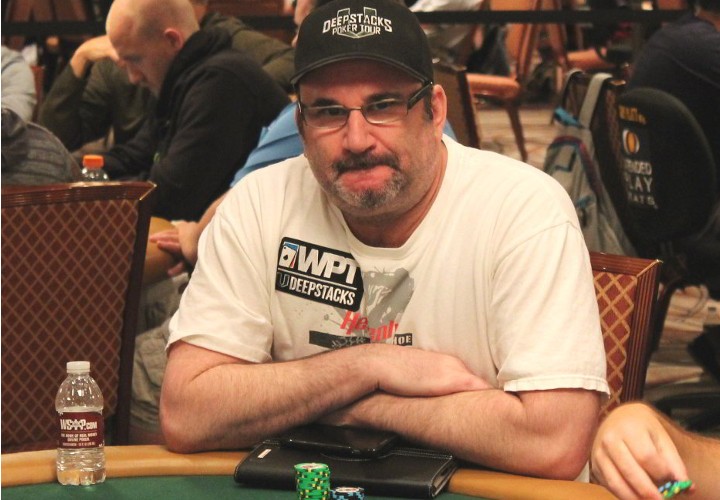 Matusow, a staunch supporter of GOP presidential candidate Donald Trump, took on the star of CNBC’s Shark Tank on the topic of Hillary Clinton, Trump’s Democratic opponent. The poker pro, via a series of posts filled with improper grammar and spelling, let it be known just how corrupt he thinks the former first lady is.

The controversial owner of the Dallas Mavericks got things started by calling out Trump’s so-called “internet trolls.”

“Why is it 95pct of Trump Supporters won’t show their faces in their pics? The country loves Trump right? Come out of the twitter basement,” he posted.

“They don’t want to be called racist mysagonist or homophobes same reason nov 8 silent majority will rise,” the WSOP bracelet winner responded, correctly spelling more than half of the words.

Mark Cuban, one of the wealthiest people in the world, has officially endorsed Clinton for president and has become one of her biggest supporters on social media. The pro-Hillary comments from the businessman has led to some criticism from fans of the Mavericks, Shark Tank, and Cuban himself. Matusow is just one of many.

What Happened to Her Emails?

The spouse of the 42nd US president, Hillary Clinton has come under fire for what some consider “corrupt” dealings while she was Secretary of State during Barack Obama’s first term. Perhaps the most damaging allegation, deleting classified emails and lying about it, is something Matusow can’t accept.

“dude!! BLEACH BIT EXPENSIVE SOFTWARE SHE WIPED HER SERVER!! I mean common buddy wake-up she is corrupt!! #neverhillary,” the poker pro directed at Cuban. BleachBit is software that will clean up a computer’s hard drive to free up space, and reportedly makes deleted files almost unrecoverable.

Another allegation of corruption Mrs. Clinton faces stems from her charity organization, the Clinton Foundation. It has been alleged that the Clintons used the foundation to exchange contributions for special consideration from the then-Secretary of State. After a recent WikiLeaks report accused Sweden of sending $26 million to the Clintons in exchange for favors, Matusow fired another verbal shot at the Dallas Mavericks owner.

“@mcuban you cant make this (bleep) up more and more obvious coorruption? Come on over the to Trump train save face!!” he posted, passion overtaking grammar and spelling, apparently.

“@mcuban I really like you & respect you but you need to see through the lies lies lies don’t let her take you down come to Trump Train #maga,” Matusow also advised the businessman.

Cuban has been accused by many Twitter followers of blindly supporting what they claim is a “corrupt politician.”

The presidential election takes place November 8. Despite a recent CNN poll showing Trump and Clinton in a virtual tie, Hillary remains, for now, at least, the odds-on favorite to win. That won’t make Matusow happy.

The Mouth supporting Trump, that gives Clinton a boost among the rational thinkers.

I’m not thrilled with the slant on this story, especially giving the mouth so much print and just letting it sit there like it’s fact. There is no point and counterpoint, just a bunch of badly written tweets.

You read a non CNN story that just laid out some tweets by a poker player that didn’t shave any fake facts. Neither did it have any series of real facts that lead you to believe something maybe be possible, if you think about it real hard, and make connections between the facts that may or may not exist, and listen to the author’s opinion, and hold your mouth just right. We all know Clinton is corrupt. Please deny that because I need a laugh.