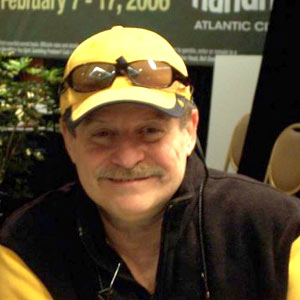 Earlier this year, Mike “Little Man” Sica was playing at the WSOP Circuit event in Chester, PA and confided some unfortunate news to the poker community. Sica told the official WSOP Website that, “I had come back from playing at the Borgata and had a pain in my neck. After the doctors ran some tests, they told me it was cancer.” Sica had started chemotherapy treatments and by all accounts was facing the challenge of beating cancer with a great deal of dignity and courage. Sadly, Sica lost his battle late last week at the age of sixty-nine.

The New Jersey poker pro was extremely popular on the tournament scene. He was well-known on the East Coast and became a regular on the circuit ten years after retiring from his teaching job. He earned his first tournament cash back in the World Series of Poker’s Senior Event in 2004 by finishing in tenth place. Later in 2004 he broke through a huge field and won the 2004 World Series of Poker $3,000 No Limit Hold’em event for a $503,160 payday plus a coveted WSOP Bracelet. He would often be found playing tournaments in Atlantic City but was also a regular at WSOP Circuit events. Overall, Sica had 134 total cashes for lifetime earnings in excess of $1.32 million, plus the WSOP bracelet.

If Sica’s name doesn’t ring a bell, perhaps his trademark toothpicks and outgoing personality will. He was well-known among poker fans as the gentleman who would constantly chew on toothpicks as a means to avoid smoking. Sica, after finding out about his diagnosis, urged the public not to pick up the habit and openly admitted he regretted ever having started. Regardless, Sica will be fondly remembered on the tournament scene for his magnetic personality and engaging stories from his life.

Many poker pros have taken to Twitter to voice their thoughts about Sica’s tragic passing. Jason Mercier said, “I had the pleasure of playing against Mike Sica many times in the last several years. His personality alone was inspiring.” Shannon Shorr posted, “Saddened by Mike Sica’s Passing.”

Matt Stout also posted, “Very sad to hear of Mike ‘Little Man’ Sica’s passing. I often called him my ‘Poker Grandpa.'” Will Failla, the reigning WPT champion, wrote, “The poker world will not be the same anymore. My dear friend Mike Sica passed on today. He will be remembered and missed.”

Noted poker journalist Nolan Dalla also wrote kind words in memory of Sica. “…(He) was a giant of joy and one of the funnest and most decent people I’ve ever met in poker. He was full of smiles and good cheer, no matter what happened at the poker table. I hope he’s remembered for his positive attitude, because we need more of that and more people like him.”