Mikalai Pobal has made European Poker Tour (EPT) history in Prague by taking down his second main event title. 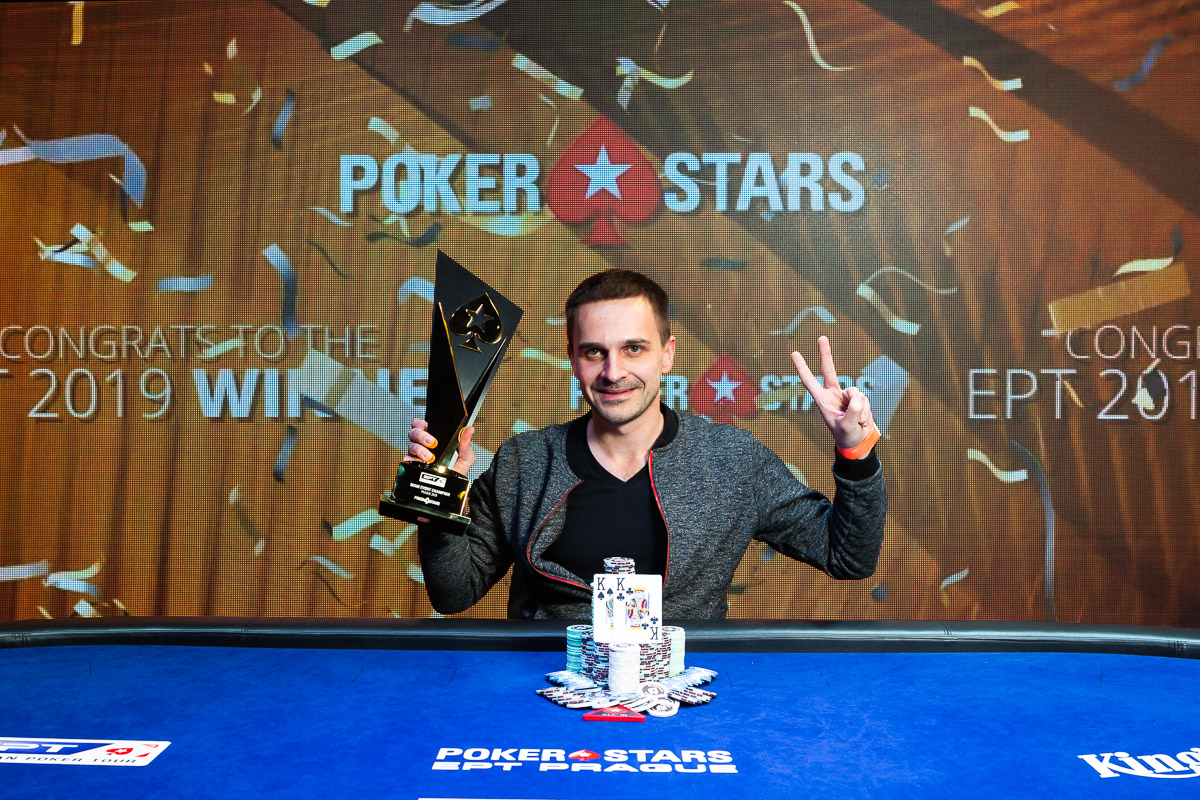 If becoming only the second person (and first man) to win two EPT main event titles wasn’t enough, Pobal had to best a field of 1,154 entries to claim the title.

Before thoughts of a history-making finish materialized, EPT Prague’s main event had to play down to a final table.

With the first flight getting underway on Dec. 11, the registration desks collected 391 entries. When the betting stopped, Frenchman Pierre Calamusa led the way with 457,000 chips.

He only held that lead until the conclusion of Day 1B, when Nikita Kuznetcov came through 745 players to bag 138,300 chips.

As the final few players made a last-minute rush to register before the start of Day 2, just over 400 hopefuls played their way toward the business end of the tournament.

By the end of Day 5, familiar faces such as Bryn Kenney and Dario Sammartino had fallen. That left the path clear for Pobal to make a run at his second EPT main event title.

Prior to the Dec. 17 finale, the 2012 EPT Barcelona winner had enjoyed mixed fortunes at the table. At the close of Day 2 he was among the largest stacks.

As the field thinned, however, he never mounted a serious challenge for the chip lead until the tournament’s end.

Pobal Says No Deal as He Makes EPT History

When Day 6 got underway, Pobal found himself fourth out of five players. Despite facing an uphill battle, the cards and past experience were on his side.

Turning things around with four left, Pobal went from 12 big blinds to chip leader in a single level.

A successful all-in with Ace-King was followed by two more double ups in a matter of minutes. With that, Pobal was on top, and the big stack, Gaby Livshitz was sent to the rail.

Seemingly unstoppable at this point, Pobal continued to dominate as Brazil’s Ricardo Da Rocha fell by the wayside.

Almost as if he knew victory was inevitable, Pobal rejected a last-minute deal. After running the numbers, Norbert Szecsi wanted more than an ICM split. Not wanting to give up any equity, Pobal stood his ground and went on to take the title in dominant fashion.

With Szecsi unable to catch a break, the tournament’s pivotal moment came when a busted straight draw prompted an ill-timed bluff.

After betting his way to the river with 8♦4♠, Szecsi went for broke with the board showing T♥7♦5♠2♥9♦. Without hesitation, Pobal called with T♦7♣, and that signaled the start of Szecsi’s downfall.

In the end, Pobal would pick up pocket kings at the same time his opponent looked down at pocket eights.

With no help from the dealer, Szecsi was eliminated and Pobal joined previous EPT Prague main event winners such as Julian Track, and earned himself a place in the history books.

In 2012, he already won these competitions in Barcelona. Then Mikolai Pobal received the main prize, and also won a million euros. Good luck again smiled at Mikolai, my congratulations!

Nikolay Pobal is a good player congratulations on winning this tournament !!