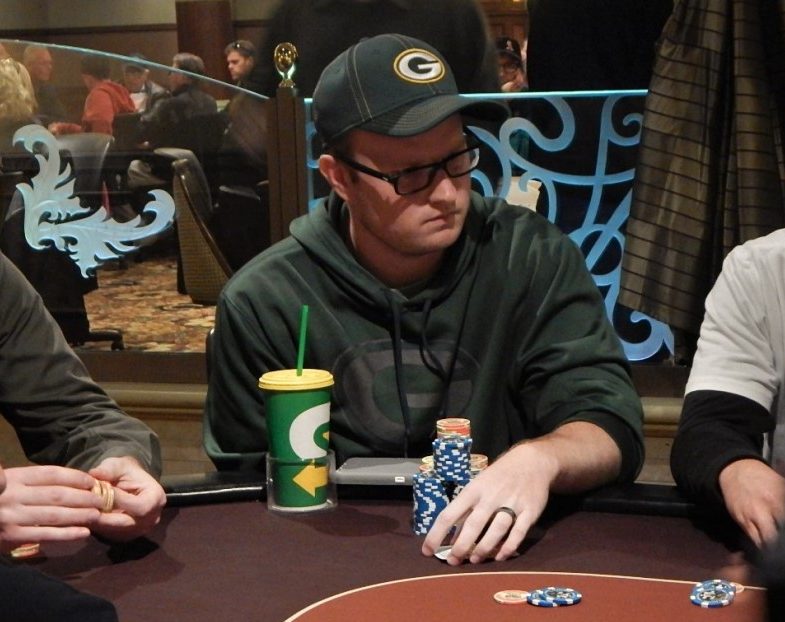 Unlike other Halls, where players are nominated and voted in, players in MSPT’s Hall of Fame get in solely by their scorecards.

The criteria are as follows:

Reichard, who can often be seen representing his home state of Wisconsin in Green Bay Packers or Brewers gear, has been playing serious tournament poker since he turned 18.

He plays a lot of tourneys and, with 12 World Series of Circuit rings, is tied for second all-time (with Valentin Vornicu), just two behind Maurice Hawkins.

He has nearly $1.9 million in total tournament cashes with $304K coming in MSPT events. He currently sits in third place on this year’s leaderboard, just behind C.J. Peake and Daniel Bekavac.

Launched as the Minnesota State Poker Tour in 2009, the MSPT soon expanded its schedule into other states and rebranded as the Mid-Stakes Poker Tour. It’s designed to welcome the “weekend warriors” who want to play some serious tournament poker and test their mettle against some very tough professionals who are regulars in these smaller buy-in events.

The MSPT Hall of Fame was established in 2017.

At each stop, the tour holds a handful of $70 super satellites and $265 satellites so recreational players can try to earn their way into the $1,110 main event and a chance at some big money. The prize pool guarantees vary from event to event, but range from $200K to $2 million.

In its 13 years in existence, MSPT has awarded more than $143 million in prize money.

The MSPT has named a Player of the Year since 2011, with the winning player taking the honors based on points earned in various events. Kyna England is the defending Player of the Year. Hall of Fame members Johnson, Alsup, Hodge, and Steele won the Player of Year in 2018, 2016, 2015, and 2013, respectively.

Alsup spoke to CardsChat about his Player of the Year honor.

Mike Shin won the Player of the Year in 2019  and has 22 cashes in MSPT main events since 2016.  Therefore, he needs just three more cashes in main events to get into the Hall. His last MSPT cash came in late 2021, but he hasn’t registered a cash anywhere in 2022.

This year’s current Player of the Year leader, Daniel Bekavac, is on quite a run, but still needs to make six more main event final tables or cash 15 more times in main events to get into the Hall.