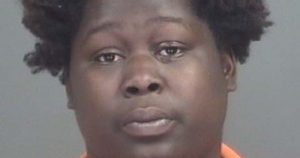 An armed robbery at a Michigan poker party has led to two men receiving prison sentences totaling more than 30 years.

The incident, which took place on June 5, 2015, in Livingston County’s Genoa Township, saw three men storm a home poker game brandishing guns and batons. After rounding up the game’s 14 players, the armed robbers stole car keys, cell phones, and cash before striking one of the players in the head and fleeing the scene.

After putting out a police call to area law enforcement, an officer from the Brighton Police Department conducted a traffic stop on a vehicle thought to be owned by one of the three suspects.

After failing to apprehend the two passengers, the officer took the driver into custody, where he was questioned.

Investigators were eventually able to identify the two passengers, as well as two more men suspected of being involved, and arrested them in a series of surprise stings.

As each of the five defendants began to enter plea bargains, it became apparent that the motive for the robbery was a bad beat in a previous game for Whitby.

The uncle of Pressley, Whitby reportedly lost a “large amount of money” in the game and it’s believed he directed them to the game and how to gain access to the building.

Judge Hands Down His Own Bad Beats

Earlier this week, Pressley and Perkins appeared in front of a judge to hear their sentences after submitting plea bargains back in January.

Under the terms of their pleas, Perkins would be sentenced to no more than 14 years in prison, while Pressley’s agreement meant he’d receive no more than 22 years behind bars.

When the judge read his verdict on Tuesday, Perkins was sentenced to 10.5-40 years in prison for 13 counts of armed robbery and to 10.5-20 years for one count home invasion.

As for Pressley, he was seen as the most culpable and sentenced to 20-50 years in prison for 13 counts of armed robbery and to 12-20 years for first-degree home invasion. Whether the plea deals will de facto influence actual amounts of time served is unclear, given the rather broad time parameters.

Sentencing for the three other men involved is yet to take place.

How to Protect Your Home Game

With home criminals seemingly able to sniff out a lucrative home game at 50 paces, we thought it might be handy to leave you with some tips to stay safe the next time you ante-up:

Chip Trackers – If you’re a tech nut then you could install RFID transmitters in each chip and let the robbers make off into the night before tracking them down in the morning.

Doormen – Think Liam Neeson in Taken and you’d be along the right lines. Pay a few unassuming ex-services personnel to watch the door as you three-bet bluff on the river.

Play for Peanuts – Instead of keeping cash on the table, simply have everyone buy-in with peanuts, which you can then exchange for cash at a later date. Hopefully the robbers also have a nut allergy to make things worse.

(Please note the above suggestions are for entertainment purposes only, and should in no way be construed as actual safety tips. In other words, you’re on your own.)

Now that’s a funny as story. Bad beat leads to more than 50 years In prison. You know you got to be dumb when really over money you’re willing to go that far and risk your entire life? I mean WTF is going on with people?