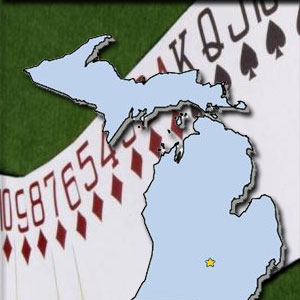 A new ruling in Michigan is placing restrictions on how organizations run their charity poker events, raising questions from locals as to why generosity is being stifled.

One of poker’s greatest glories is its use as a fundraising tool. No other card game earns as much for charity each year as the grand game of poker does. Several poker tournaments are devoted to raising money for charities throughout the United States and around the world. That being said, the practice has apparently gotten out of hand in the State of Michigan, so authorities are clamping down.

Too Much Good is Bad

According to the Michigan Gaming Control Board, in 2004, the year after Chris Moneymaker’s unlikely World Series of Poker win ignited a worldwide poker boom, $8 million was raised in the state from charity poker tournaments. In 2011, a whopping $197 million was raised, which seems to be a good thing but apparently to those who run the state, too much of a good thing is a bad thing.

Under new rules which regulate charity gaming, Michigan authorities last week declared that “less is more” and said more groups can participate in charity poker tournaments but on fewer occasions. At present, there are only about 40 locations in Michigan, such as churches and VFW halls, that can legally host charity poker tournaments, and they can do so any day of the year if they desire. Per the new guidelines, jointly agreed to by the Board and a representative of the state legislature, almost any place in the state, including schools and bars, could host such tournaments. However, hosting at these locations would be limited to 208 days a year, which works out to four days a week.

Other changes in the regulations include a requirement where a minimum of three members from the charity operating a fundraising tournament must be working at the event. The previous requirement had only asked for two members. Additionally, the number of companies that supply infrastructure for charity poker tournaments—dealers, tables, chips and cards—which had been limited to 30, was adjusted to allow an unlimited number.

“Gaming has always sought to insure the integrity of these games by making the charities more accountable for their operation,” said Rick Kalm, executive director of the Michigan Gaming Control Board. “These rules will still accomplish that goal.”

Many Locals Not Pleased

Not everyone in the Wolverine State is happy with the changes, however. “Everything about it is silly—these run seven days a week quite nicely, thank you very much,” said Judy White of the Marine City Music Festival, which uses gaming proceeds to support its annual music fest. “If we can’t do this kind of work unhindered, it will kill us.”

Joe Potvin, a spokesman for local VFW Post #6132 in state capital Lansing, said the cuts in operating days for charity poker tournaments would hurt the post’s fundraising efforts for veterans. “It will be a real scramble for us to try and stay open and continue to stay open and provide services to veterans,” he said. “You’re talking about major impacts.”