The prestigious $50,000 WSOP Poker Players Championship, more affectionately known as the Michael Mizrachi Invitational, was supposed to conclude today. Due to COVID-19, the tournament won’t take place this year. But that won’t stop us from looking back at “The Grinder’s” improbable third title in 2018. 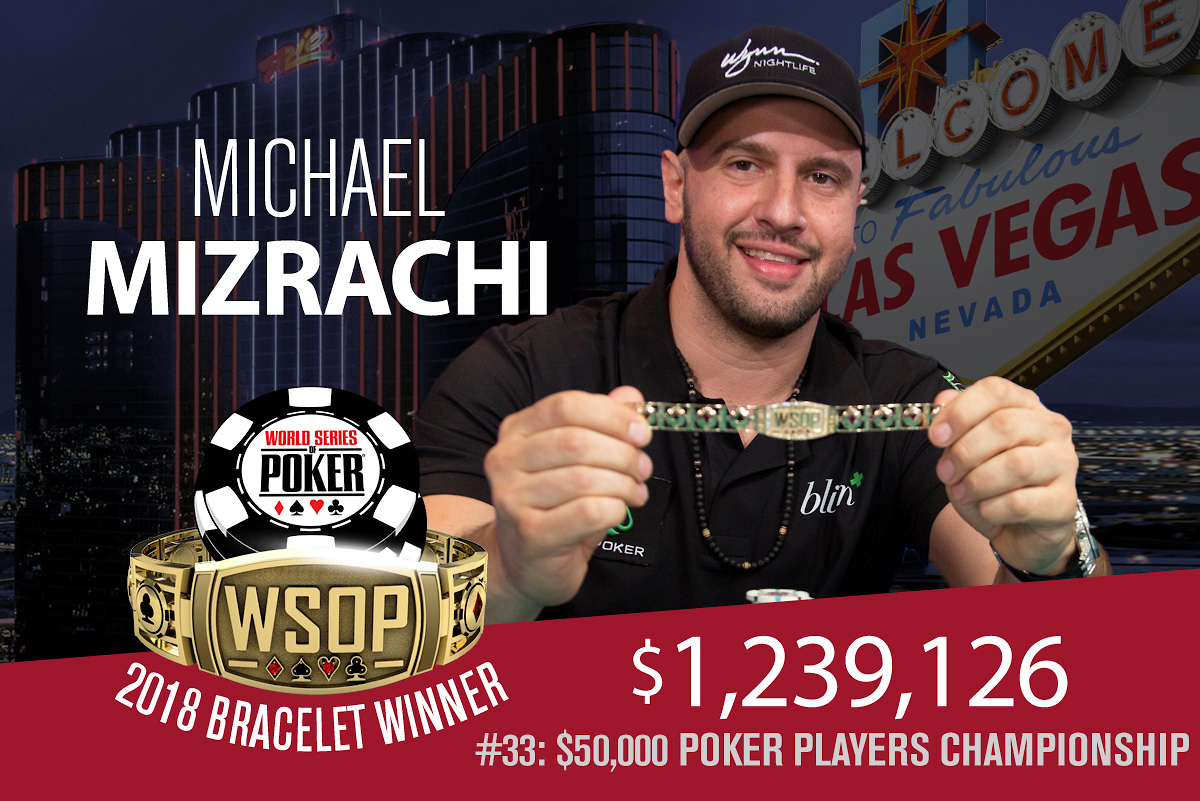 Michael Mizrachi is one of the most underrated poker players of all-time. (Image: wsop.com)

The PPC bracelet is arguably the most coveted one each summer outside of the Main Event. Many of poker’s most talented mixed-game players compete in what was originally dubbed the HORSE World Championship in 2006. Chip Reese won the inaugural event that summer for $1.7 million, a year before he passed away.

The Poker Hall of Famer left this earth too soon. His name was attached to a trophy awarded to the winner of what became the Poker Players Championship in 2010. Since the tournament’s inception 14 years ago, some of the biggest names in the game have hoisted that trophy. Winners include Freddy Deeb (2007), Scotty Nguyen (2008), John Hennigan (2014), Brian Rast (2016), and Michael Mizrachi in pretty much every other year. Okay, that’s a bit of an exaggeration — but not by much.

In 2010, Mizrachi was already considered one of the top players in poker. He was a regular on televised high-stakes poker shows such as “Poker After Dark,” and he had a pair of World Poker Tour titles to his name.

Two years later, he did it again, this time winning the difficult tournament for $1,451,527, besting a 108-player field. At that point, it became clear to anyone who follows poker even casually that Mizrachi was an eventual Poker Hall of Famer. He’ll be eligible next year when he turns 40, and he should be a shoo-in.

In 2018, for good measure, he won the PPC for an unprecedented third time in nine years. He beat out one of the smallest fields in the tournament’s history — 87 players. That doesn’t take away from the magnitude of his accomplishment, however. In fact, winning one of the most prestigious and difficult tournaments in poker is one of the most impressive achievements in poker history.

Mizrachi earned $1,239,126 for his third PPC win, defeating Hennigan, who entered the Poker Hall of Fame that summer, heads-up. In doing so, he denied “Johnny World” his second PPC victory. As of 2020, Mizrachi is the only player to have won the bracelet event multiple times.

The Grinder! One my favourite players to watch