MGM Resorts has officially launched its second internet casino in New Jersey, this one, called playMGM. 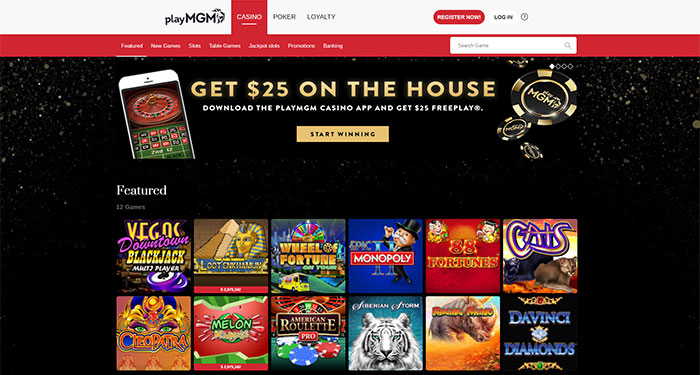 The Las Vegas-based company’s new online destination in New Jersey will be offering poker and casino games under the more globally recognized MGM banner, and will also incorporate play into their rewards program. It all comes at a time when online gambling revenues are at an all-time high in the Garden State.

MGM already operates Borgata.com, an online poker and casino site in New Jersey attached to its brick-and-mortar Atlantic City casino, the Borgata. That site will remain active despite the company’s launch of a second online property and a new casino gambling app.

Casino on the Rise, Poker in Decline

MGM’s new gambling site is entering the market at the right time. June was the fourth consecutive month online gambling revenue in New Jersey hit $20 million. Prior to the beginning of the streak, the state hadn’t reached $20 million in revenue during any month since the state legalized internet gambling in 2013.

The rise of online gambling has convinced a lawmaker to propose shared liquidity with other states and countries. Democratic State Sen. Raymond Lesniak is set to propose a bill to allow New Jersey’s online casinos to open its doors to players outside the state in other jurisdictions where online gambling is legal. Shared player pools, of course, would be promising for online poker.

Online gambling, overall, is crushing it in New Jersey, but that is no thanks to poker. In June, online poker accounted for only $1.7 million of the $20.2 million in total internet gambling revenue in New Jersey. Each of the five online gambling operators raked in more revenue from table games and slots in June than the entire state scooped from online poker.

July figures have yet to be released.

MGM’s original site, which is partnered with partypoker, had $585,970 in June revenue from poker. PokerStars New Jersey raked in $679,637 to lead the way. Caesars Entertainment, partnered with 888poker, was the only other poker site in the state, and brought in $470,027 two months ago. Golden Nugget and Tropicana offer casino games but not poker.

Players can earn comps on playMGM to be used at land-based MGM Resorts casinos around the world. When a customer makes a deposit and gambles, they earn comps through the MLife rewards program. These can be redeemed for meals, drinks, concerts, and hotel rooms at any MGM property, including New Jersey’s Borgata and the recently opened MGM National Harbor in Maryland, across the Potomac River from Washington, DC.

Each Friday in August, playMGM will be giving away a 3-night stay at one of MGM’s 13 Las Vegas properties along with $1,000 in spending cash. Players get a free entry simply by opting in to the promotion, but can also earn additional entries the more they gamble.